"They're wrong and they're not telling the truth," Lynch said of newspaper reports about his salary. 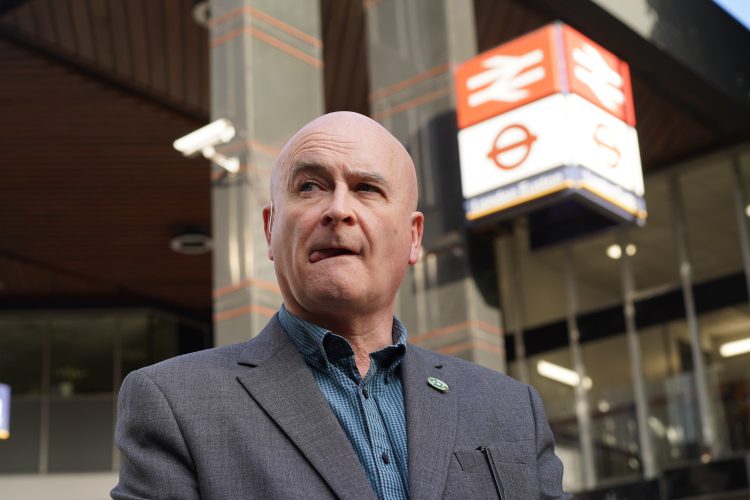 A laughing Mick Lynch slapped down a Good Morning Britain presenter who claimed the union boss was on a six-figure salary.

Tens of thousands of rail workers are striking today in the latest episode of a long-running dispute over pay, jobs and conditions.

Rail, Maritime and Transport (RMT) union boss Lynch appeared on ITV’s flagship morning programme from the picket line on Thursday morning – and was left laughing by a question from Paul Brand, the channel’s news editor.

But Lynch interrupted, refuting his claim: “I’m not. I’m not on a six-figure salary. That’s completely untrue.”

Brand replied: “So the newspaper reports are untrue,” before Lynch asked: “Where did you get that from? I’m not on a six-figure salary. They’re wrong and not telling the truth.”

The presenter responded: “Well you’re on significantly more than many of your members are and, like I say, I’m not interested in demonising you for that this morning.

“What I’m trying to ask you here is, you’ve got members on very low salaries – how much longer can they really continue with these strikes?

“You might be committed to them and you say your members are but many of them are going to start feeling the pain soon aren’t they?”

“You don’t get anything without being committed to a cause and our members are fully committed.”

Related: Britain is suffering the worst inflation crisis in the G7