Just put the USA in rice for a few days - because we've now got elected lawmakers discussing how women should manage their semen intake. 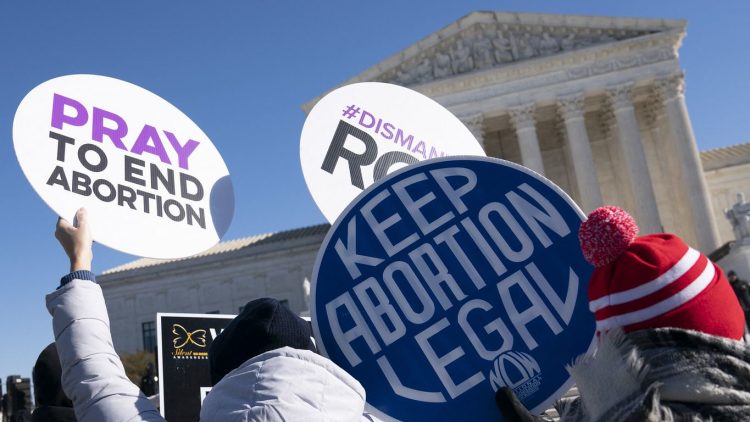 They’re losing the plot stateside. A weekend of infamy reached new depths, after one Republican lawmaker gave an unhinged opinion on what women can do to reduce their risk of pregnancy. According to Karianne Lisonbee, it all comes down to ‘controlling their semen intake’.

This is America: Anti-abortion laws shake-up the states

On Friday, the US Supreme Court showed its arse by overturning the long-standing Roe vs Wade ruling. In force for almost 50 years, the legislation granted all American women the constitutional right to an abortion – but ‘red states’ now plan to strike while the iron is hot.

Roughly half of all US states will consider stepping-up their anti-abortion laws – a dismal outcome that could have been prevented, had any Democrat government made the decision to codify Roe vs Wade. Complacency has been a fatal flaw in protecting these rights.

Meanwhile, on this side of the pond, several top Tories also expressed their support for the repealed laws. Lord Moylan and MP Scott Benton were amongst those cheerleading the court verdict. However, the clamour for anti-abortion legislation is fairly tame in the UK.

These events have now brought us to this point: This scarcely-believable point in history, where one top lawmaker in the state of Utah is dishing out this type of rammel…

Who is Karianne Lisonbee?

Lisonbee, who has six children, accepted that her views on… semen intake… could be seen as ‘inflammatory’. She was elected to the Utah House of Representatives in January 2017, and has previously voted in favour of regressive laws on abortion and anti-gun control measures.

“I got a text message today saying I should seek to control men’s ejaculations and not women’s pregnancies. I trust women enough to control when they allow a man to ejaculate inside of them and to control that intake of semen.”