The Labour MP told Unbreak the Planet that a Green New Deal must "tackle inequality of power, wealth and democracy". 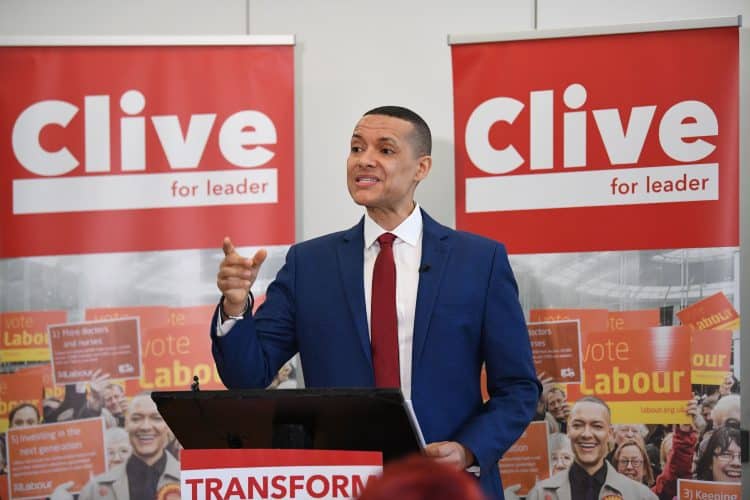 Keir Starmer is failing to make the case for radical action to tackle the climate crisis because he is “terrified” that “vested interests” will prevent him winning the next election, a Labour MP has said.

Speaking on The London Economic’s podcast, Unbreak the Planet, Clive Lewis claimed politicians “aren’t prepared to say there is an existential threat hurtling towards us” because they fear “they’ll never be elected”.

Lewis, who served in Jeremy Corbyn’s shadow cabinet and earlier this year introduced a Green New Deal bill in Parliament with the Greens’ Caroline Lucas, said: “If we look at the kind of world we want to live in, and how we are to get there, then we’re going to have to make changes to the way we organise our economy and our society and our democracy.”

He added: “If politicians aren’t prepared to say that, and there’s an existential threat hurtling towards us, then why are we even here?

“You have to articulate and you have to make the argument. That’s the problem in my own party at the moment: they’re terrified that vested interests will push back, and they’ll never get elected.

“Well at some point, with an existential threat coming, you’ve got to tell the truth as you see it. That’s what the Green New Deal is: Caroline and I have put down the truth as we see it. This is one of the very few roadmaps out that we have.”

The Green New Deal bill proposed by Lewis and Lucas – along with a cross-party group of co-sponsors – would set legally binding targets to cut emissions and reverse environmental damage, as well as blocking investment in new fossil fuel extraction.

If a Green New Deal ends up being “simply about electric vehicles, heat pumps and techno fixes” then it is destined to fail, Lewis told Unbreak.

“If that’s what a Green New Deal is about, and it doesn’t fundamentally tackle the inequality of power, wealth and democracy in our society and economy, it will fail,” he said.

“This is a problem for many in politics, for many on the right and on the centre of my party. Unless you are prepared to tackle and take on those vested interests, then you’re going to get nowhere – you’re simply going to be tinkering around the edges.”

Lewis added that Cop26, the recently-concluded UN climate summit in Glasgow, was “dire” and a “failure” when looked at “through a conventional lens”.

But, he added, “in terms of the climate movement, of understanding where the Global South are in this fight, the need for solidarity between different groups – not just those fighting climate issues – I think it was potentially a turning point.

“I can’t predict what history will say. What I do believe is that Cop26 was another wake-up call, a turning point for the climate movement.

“Because now we understand that our current political class, the current economic system, the current power system that dominates globally, isn’t going to save us.”

Watch the full episode of Unbreak the Planet, with Lewis and former Extinction Rebellion spokesperson Rupert Read, below.