Sir Keir Starmer's approval rating has also been given a boost, matched only by Tony Blair over the past 40 years. 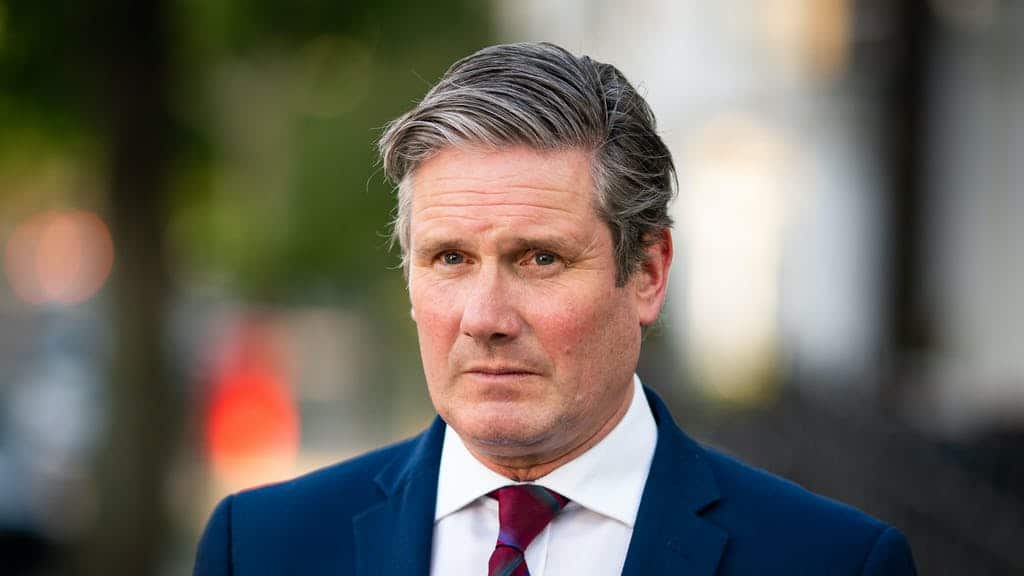 Sir Keir Starmer has been given a boost in the polls today following a long week for the Labour Party.

An Ipsos MORI survey put Labour five points ahead of the Conservatives giving them the first lead since Boris Johnson became Prime Minister in the monthly tracker.

At the same time, approval of the Government’s handling of the coronavirus pandemic continues to drop in the survey for the Evening Standard.

The findings are a timely boost for Sir Keir after Labour risked civil war by suspending former leader Jeremy Corbyn.

Polling shows the party’s image as being “fit to govern” has improved since he took over as leader, with Sir Keir enjoying a 45 per cent approval rate compared to just 30 per cent who say they are dissatisfied with his performance.

Over all the Labour leaders of the past 40 years, only triple-winner Tony Blair scored so highly at the equivalent time, said Ipsos MORI.

The fieldwork for the poll was completed before yesterday’s drama when Mr Corbyn was suspended after his reaction to a shaming report into anti-Semitism by the Equalities and Human Rights Commission.

The Islington North MP lashed out at “opponents inside and outside the Party” and the media, who he claims “dramatically overstated” the issue. But Starmer called it a “day of shame for Labour”.

“If, after all the pain, all the grief and all the evidence in this report there are still those who think that there is no problem with antisemitism in the Labour Party – that it’s all exaggerated, or a factional attack – then frankly you are part of the problem too, and you should be nowhere near the Labour Party,” he said.

The stern rhetoric appears to have resonated with the electorate, with six in ten people saying the Labour leader was right to suspend his predecessor.

Last night several activists relinquished their memberships and Momentum – a campaigning arm of the party during the Islington North MP’s five-year reign – announced there will be a virtual Stand with Corbyn rally on Friday evening.