A spokesperson for the Labour Party said: "In light of his comments made today and his failure to retract them subsequently, the Labour Party has suspended Jeremy Corbyn pending investigation." 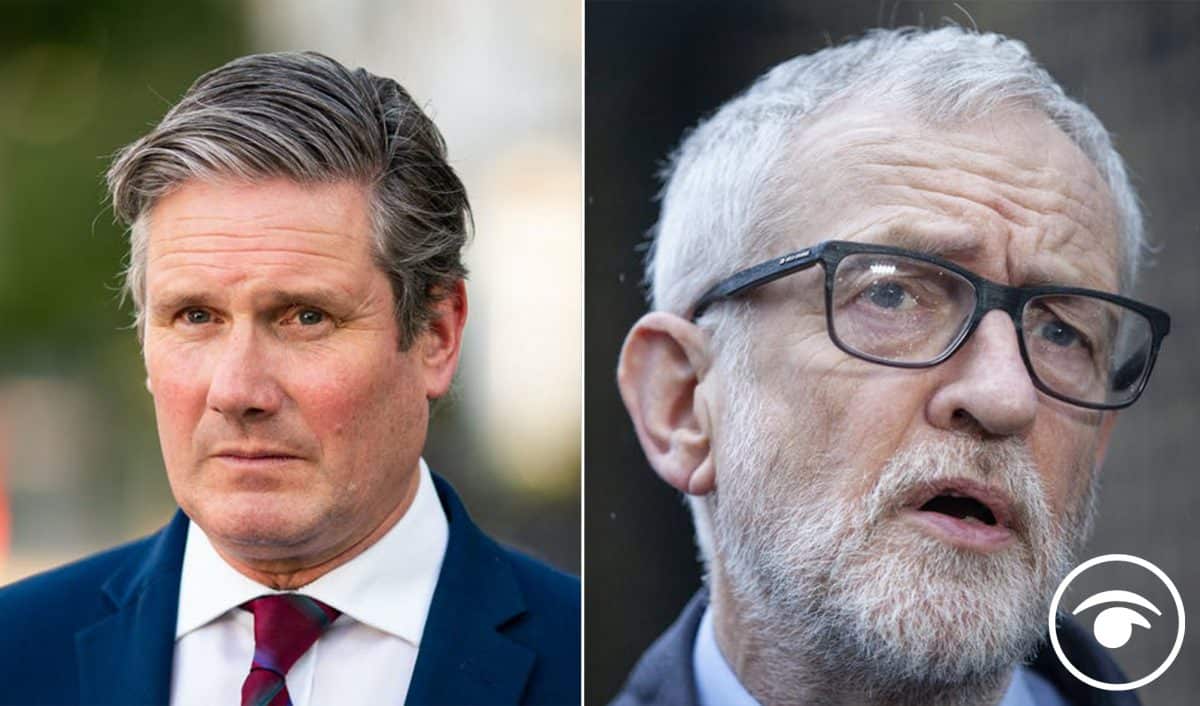 Jeremy Corbyn has been suspended from the Labour Party, just months after he stepped down as its leader.

A spokesperson for the Labour Party said: “In light of his comments made today and his failure to retract them subsequently, the Labour Party has suspended Jeremy Corbyn pending investigation.

“He has also had the whip removed from the Parliamentary Labour Party.”

‘You are part of the problem’

The astonishing development comes hours after Sir Keir Starmer, Corbyn’s successor as Labour leader, vowed “zero tolerance” towards antisemitism under his leadership, following the publication of a bombshell report by the Equalities and Human Rights Commission.

“If, after all the pain, all the grief and all the evidence in this report there are still those who think that there is no problem with antisemitism in the Labour Party – that it’s all exaggerated, or a factional attack – then frankly you are part of the problem too, and you should be nowhere near the Labour Party,” Starmer said.

Addressing the report’s findings, Corbyn added: “While I do not accept all of its findings, I trust its recommendations will be swiftly implemented to help move on from this period.”

Speaking at a press conference, Starmer had vowed to implement all recommendations from the EHRC “at the earliest possible opportunity”.

“The Labour Party I lead accepts this report in full, and without qualification. We will implement all recommendations, and we will implement them in full. That process starts today,” he said.

In the hours after the EHRC report was made public, complaints about a number of MPs from the Labour left – including Diane Abbott, Rebecca Long-Bailey and Angela Rayner, who is now Starmer’s deputy – were submitted by the Campaign against Antisemitism.

Reacting to Corbyn’s suspension, Jewish Labour MP Dame Margaret Hodge said it was the “right decision” after the ex-leader’s “shameful reaction to the EHRC report”.

“Labour is finally saying enough is enough, antisemitism can never be tolerated in our party,” she tweeted. “Now we can finally move on.”

Marie van der Zyl, president of the Board of Deputies of British Jews, also welcomed the decision.

She said: “We welcome the decision of the Labour Party to suspend Jeremy Corbyn.

“Having presided over the descent of a proudly anti-racist party into a party that broke equalities law in its treatment of Jews, his shameless comments today showed that he remains part of the problem and is an obstruction to the resolution of the issue.”

Related: Starmer: EHRC report is ‘a day of shame’ for Labour