Labour plans ‘would cause blackouts and poverty’ – climate minister

Graham Stuart said the UK would still be burning oil and gas in 2050 and domestic production was the greenest way to do this. 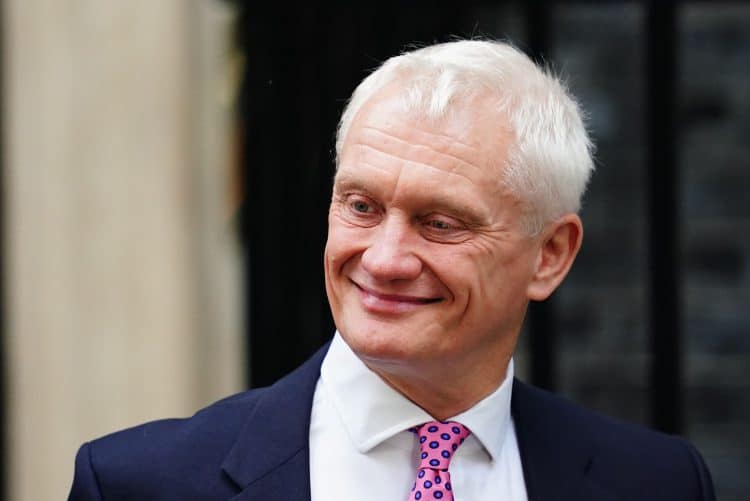 Labour’s pledge to decarbonise the electricity grid by 2030 would lead to blackouts and poverty, the climate minister has said.

In an occasionally heated meeting of the House of Commons Environmental Audit Committee on Wednesday, Graham Stuart defended the Government’s decision to grant new licences for oil and gas exploration in the North Sea and lift the ban on fracking.

He said the UK would still be burning gas in 2050, when the UK is committed to reaching net zero carbon emissions.

Mr Stuart said: “It’s always the danger that people try and suggest you should switch over to renewables tomorrow morning and if you don’t, you don’t care about the environment and you’re not committed to net zero.

“It’s a transition, that would be a nonsense and it’s one of the problems … with the Labour Party’s pledge (to) total decarbonisation by 2030. Putting the lights out, putting businesses out and putting people into poverty would be the only result that would come from that.”

The Government has committed to decarbonising the electricity system by 2035, while Labour announced a 2030 target at its annual conference in September.

Mr Stuart repeated his claims that granting new oil and gas licences was “good for the environment” as production and usage would still fall and the emissions associated with extracting North Sea oil and gas were lower than those associated with imported hydrocarbons.

Labour’s Clive Lewis cited a scientific study showing oil production needed to be phased out by 2034 to ensure a 50% chance that global temperatures would not increase by more than 1.5C, adding: “It sounds like you’re peeing on our heads and telling us it’s raining.”

He added: “It is declining, we’re not going to be exporting any net, and it’s declining faster than is required globally, and yet we have people trying to pretend black is white, it is really frustrating.”

Asked about fracking, Mr Stuart said it would be “irresponsible” not to gather more data on the size of the UK’s shale gas reserves as it could be extracted with fewer emissions than importing liquified natural gas.