Frontrunner Sir Keir said he would offer senior roles to both of his opponents if he won. 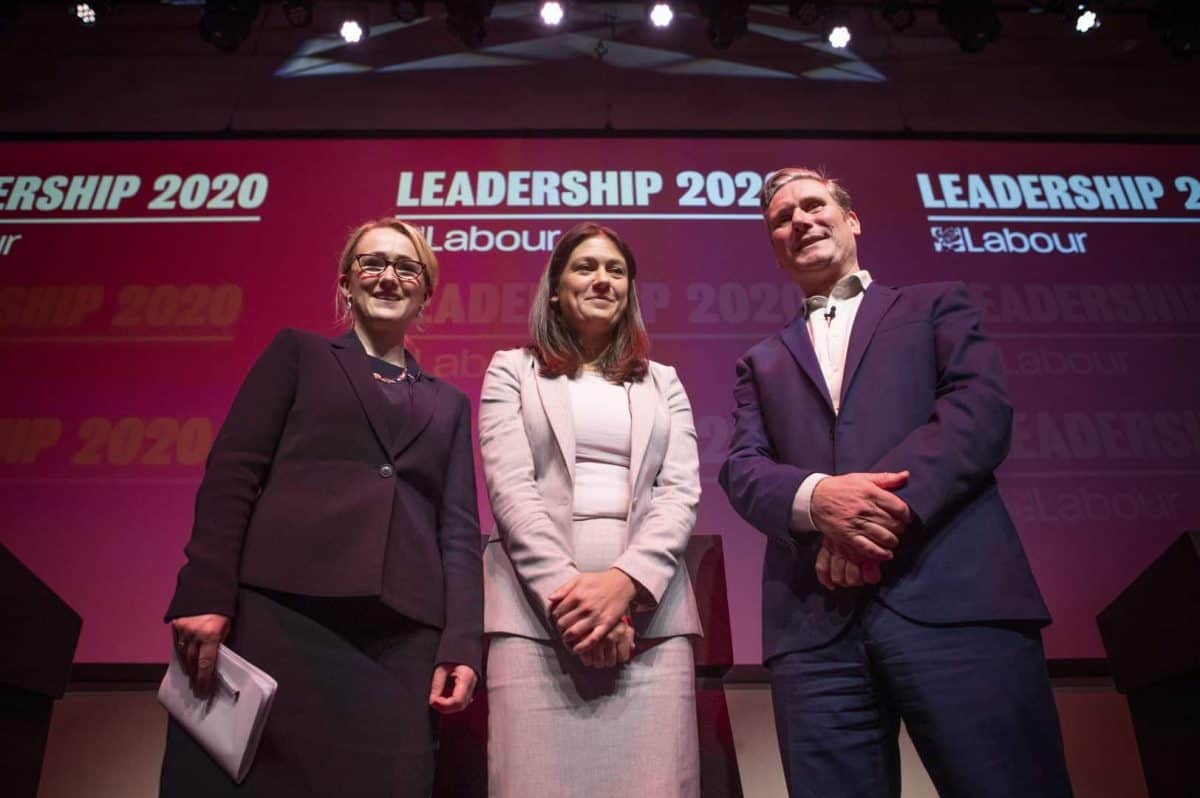 All three Labour leadership candidates have said they would offer their rivals shadow cabinet positions if they won the race to succeed Jeremy Corbyn.

Sir Keir Starmer, Rebecca Long-Bailey and Lisa Nandy also each said they would happily serve in the winners’ team, shortly before voting opens on Monday.

Frontrunner Sir Keir said he would offer senior roles to both of his opponents if he won, as he took part in a Durham hustings on Sunday in what has been a cordial campaign.

“I would happily offer both these candidates a top job in the shadow cabinet and I’d happily serve them if they wanted me to do the same,” the shadow Brexit secretary said.

“I think they’re both brilliant”

Rebecca Long-Bailey, who has struggled in the polls since being seen as an early favourite, said she would accept a job in either of their shadow cabinets and offer them both roles.

“I would, I think they’re both brilliant,” the shadow business secretary said. “And I would do whatever I was asked and whatever it takes to make sure, if I didn’t become leader, to make sure we were elected as the next Labour government.”

Wigan MP Ms Nandy also praised her opponents in confirming she would give them key roles.

“I like both of these people, I respect them. I would want them in my shadow cabinet doing big jobs,” she said. “But I would equally be happy to serve alongside them in whatever role they chose to give me.”