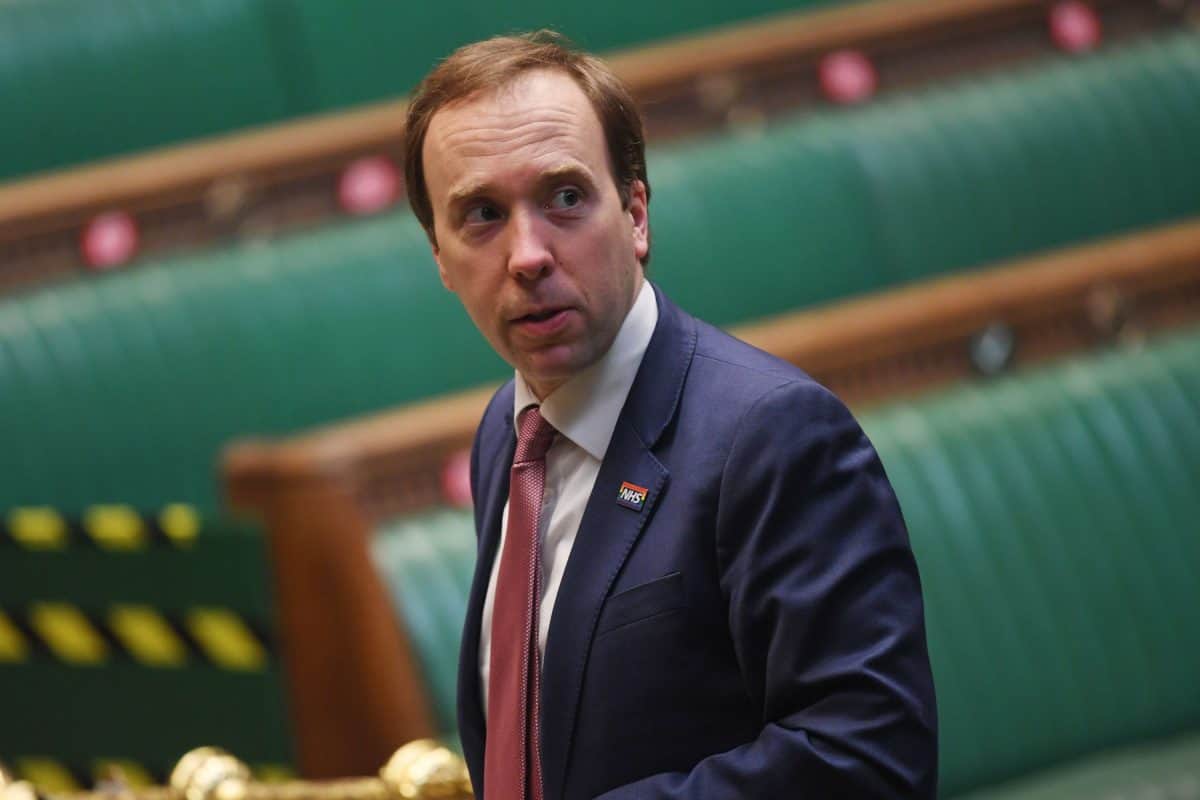 Labour is demanding an explanation from Matt Hancock over his links to a family company which has lucrative contracts with the NHS.

Hancock declared in the MPs’ register of interests in March this year that he now owns more than 15 per cent of shares in Topwood Limited, a firm which specialises in secure storage, shredding and scanning of documents.

The Health Service Journal (HSJ) reported that the firm won a place on a framework to provide services to the English NHS in 2019, as well as contracts with the NHS in Wales.

Topwood was owned by Hancock’s sister and other close family members when it secured a place on the framework in 2019, the year after he became health secretary, according to the HSJ.

It reported that while there is no suggestion Hancock was involved in any contract awards, he did not declare his connection to the firm in any ministerial declarations.

A government spokeswoman said Hancock had acted “entirely properly in these circumstances” and all declarations of interest have been made “in accordance with the ministerial code”.

In a letter to Cabinet Secretary Simon Case, Labour’s shadow health secretary Jonathan Ashworth questioned if Hancock’s behaviour was in breach of the ministerial code and called for an explanation “available to the public”.

“Many serious questions remain unanswered, and no stone must be left unturned in tackling the culture of cronyism and sleaze that surrounds this government,” Ashworth said.

“I reiterate calls from my colleagues on the shadow front bench for the government to publish the delayed register of ministers’ interests setting out ministers’ financial affairs and interests by the 23rd of April.

“This is a matter of the upmost importance for the protection of democracy in our country and I urge you to take full and thorough action.

“You must insist that the health secretary explain himself, and make that explanation available to the public.

“I seek your judgment on whether Matt Hancock’s behaviour in this instance is a breach of the ministerial code; all those in government who have acted inappropriately must be held to account.”

When asked if Boris Johnson still had full confidence in Hancock during a Westminster briefing, a Downing Street spokesman said: “Yes.”

A Whitehall source said the health secretary has no active participation in running Topwood and that neither he nor the Department of Health and Social Care (DHSC) were involved in awarding the contracts.

The source said  Hancock had discussed with the department’s top civil servant, the Permanent Secretary, that he was to be given the shares in the firm before accepting them.

At this point it was decided that, if any conflicts of interest did arise, they could be dealt with in line with the ministerial code, which sets out standards of conduct for ministers.

Hancock has no responsibility for NHS Wales, which reportedly awarded the firm £300,000 worth of contracts, as health is a devolved matter and so dealt with by the Welsh Government.

It follows accusations of “cronyism” within government by Labour, which has raised concerns about government procurement during the pandemic, and is also calling for a full inquiry into the Greensill Capital lobbying controversy.

A government spokeswoman said: “ Hancock has acted entirely properly in these circumstances. All declarations of interest have been made in accordance with the ministerial code.

“Ministers have no involvement in the awarding of these contracts, and no conflict of interest arises.”

Related: Matt Hancock and his sister hold shares in firm given £300,000 NHS contracts