The leadership hopeful will argue the party needs to stick with the left-wing ideas brought in by Jeremy Corbyn. 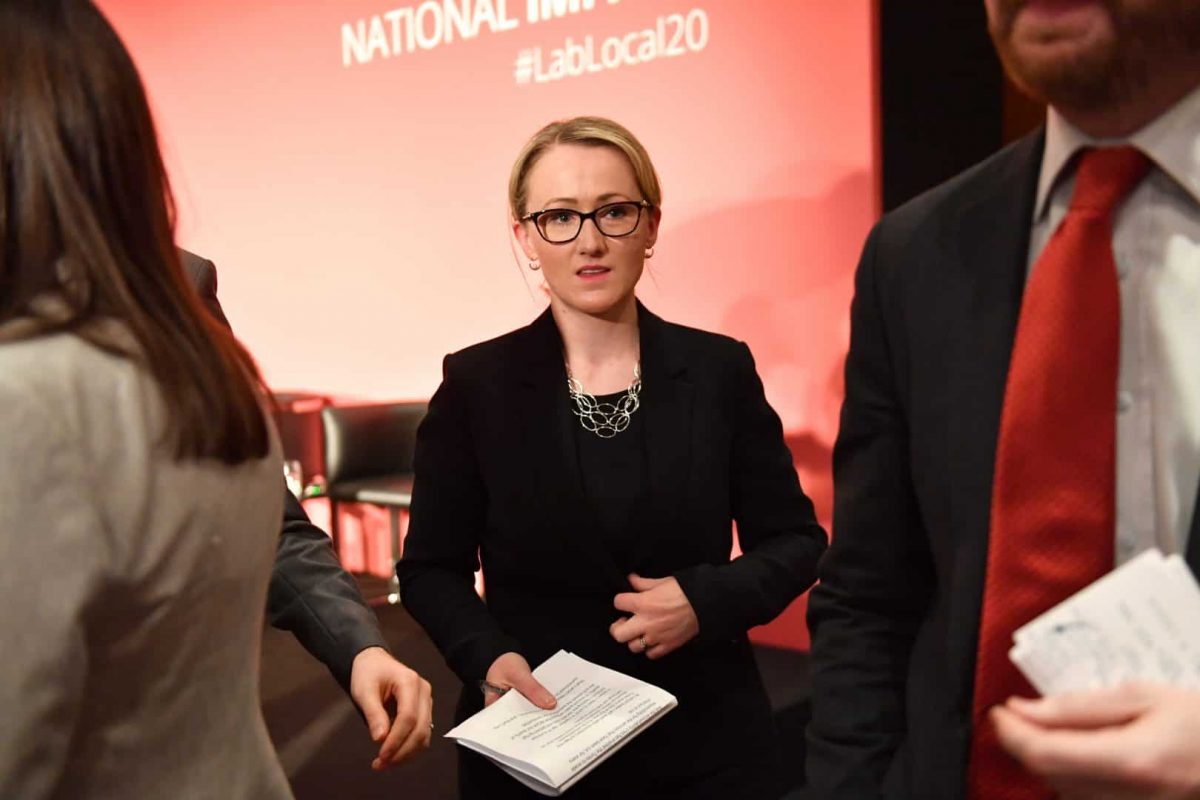 Rebecca Long-Bailey will tell supporters Labour cannot win the next election if it veers away from the left-wing path set by current leader Jeremy Corbyn.

Labour suffered its worst election defeat since 1935 when it lost 59 seats in the December poll, a result that ushered in the first Conservative landslide since the 1980s.

But leadership hopeful Ms Long-Bailey, Labour’s shadow business secretary, said the party must not row back from the “popular” policies found in its manifesto but instead learn to explain them better.

The path of despair is also the path to defeat

In a speech on Friday plotting Labour’s path back to power, she is expected to say: “I wouldn’t blame you for looking for an easy option to win next time.

“Give up on something here, be less forthright there and we can win, you might hope.

“But believe me, the path of despair is also the path to defeat.

“Retreating from popular policies that provide answers to the crises facing our country is no route to victory.”

Despite those comments, Ms Long-Bailey, along with the other three candidates in the contest, admitted on BBC Newsnight that she would not pursue the 2019 manifesto policies of blocking a rise in the retirement age or introducing a four-day working week.

Ms Long-Bailey, in her speech in Salford, will admit Labour had not “communicated effectively” its ideas to voters and vowed, should she succeed Mr Corbyn on April 4, to put “aspirational” politics at the heart of the party’s efforts to win back lost voters.

“Our path to power requires us to speak an everyday language to people simply going about their normal lives,” the opposition frontbencher is expected to say.

“We have to understand that people want a better life for their children – that’s aspiration. But we can only secure that together – that’s socialism.

“The language of aspirational socialism gives us something powerful to say to all of our heartlands, in all their diversity, from Blyth to Brixton, and beyond.”

Giving members more of a say

Ms Long-Bailey has been criticised repeatedly during the leadership race by rival Lisa Nandy for wanting to introduce open selections, a system that would make it easier for members to get rid of sitting MPs.

But the 40-year-old will encourage MPs not to be “timid” and welcome the proposals, which she argues will help it appeal to a greater section of society.

She will propose giving members more of a say will help make the party’s representation “look and sound” more like the communities that turned their back on Labour at the last election.

In what those close to Ms Long-Bailey say will be her most personally revealing comments to date, she will look to paint herself as the candidate with the plan and background, having experienced life as a working class woman, to topple Boris Johnson.

“I am going to change that”

“No child from my school ever went on to become Prime Minister – but I am going to change that,” she will say.

“And when I get to Downing Street, I will never forget who I am, what made me, and that I am there to help deliver the hopes, dreams and expectations of millions of others who grew up in similar communities as mine.

“I’m a details person. I work hard. I don’t slack off. I suppose that’s the benefit of being a working class woman, always having to work twice as hard to show you’re just as good – in fact, better – than an upper-middle class man.

“To develop a compelling vision, you also need a solid sense of direction. I have that.

“I’ve always known what my politics are. I’m a socialist who’s aspirational for my family, my community and my class.”