“It was a high speed, high pressure environment and we could, as David Cameron used to say, have prepared the pitch a bit better.” 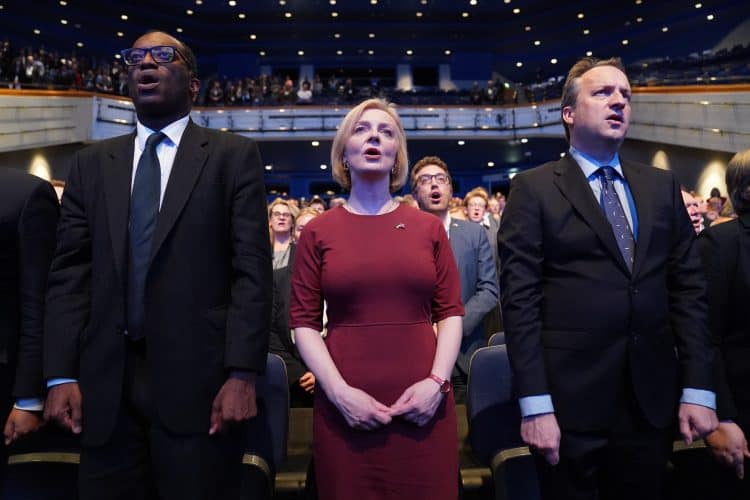 Kwasi Kwarteng has blamed the “pressure” of the Queen’s death for mistakes in the mini-budget which has plunged the Tory party into crisis.

Liz Truss will be keen to get the annual gathering back on track after she and Chancellor Kwasi Kwarteng abandoned their plan to scrap the 45 per cent rate for earnings over £150,000 in an astonishing U-turn to stave off a Tory revolt.

Appearing on GB News, her chancellor, Kwasi Kwarteng, seemingly used the death of the Queen as an excuse for the botched mini-budget.

“We had a nation in mourning and then, literally, four days after the funeral we had the mini-budget,” he said.

“It was a high speed, high pressure environment and we could, as David Cameron used to say, have prepared the pitch a bit better.”

Kwarteng also sparked fresh confusion over his next financial statement, saying: “It’s going to be 23 November,” – despite the Treasury briefing it has been brought forward to October.

And he said the scrapping of the 45p tax rate for top earners has merely been “postponed”, before correcting himself to say: “We have decided not to proceed with it.”