Jeremy Corbyn's hopes of regaining the Labour whip have suffered a major blow on Sunday, after party leader Keir Starmer laid down the law. 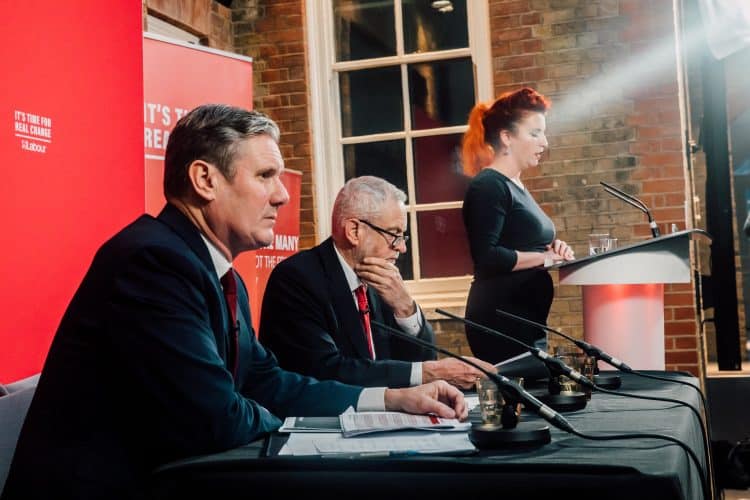 The war of words between Labour leader Keir Starmer and Jeremy Corbyn has continued on Sunday, after the current party frontman confronted some troubling comments his predecessor made about NATO.

The military alliance has been providing support to Ukraine, as it looks to fight off the ferocious invasion from Russian forces. However, some have blamed ‘NATO aggression and expansion’ for provoking Vladimir Putin, and sparking a war on the European continent.

Jeremy Corbyn is something of a NATO-skeptic, and although he did previously express a modicum of support for the group, the former Labour leader now believes that all organisations of their ilk ‘should ultimately disband’.

What did Jeremy Corbyn say about NATO?

The timing of these comments certainly won’t do Keir Starmer any favours, as the Local Elections approach on 5 May. NATO is part of resistance efforts against Russia, and Corbyn’s stance shows a clear divide within the Labour Party:

“People should look at the process that could happen at the end of the Ukraine war and ask themselves: Do military alliances bring peace? I would want to see a world where we start to ultimately disband all military alliances [including NATO].”

“Do military alliances ever bring peace? I don’t blame NATO for the fact that Russia has invaded Ukraine. What I say is look at the thing historically, and look at the process that could happen at the end of the Ukraine war.”

Forced to respond to these remarks on BBC’s Sunday Morning show, Keir Starmer made it clear that restoring the whip to Jeremy Corbyn would ‘now prove to be very difficult’, adding that a resolution to the matter ‘seems unlikely’.

We can consider this Starmer’s official rebuke of Corbyn, too. Earlier this week, the MP for Islington also took a veiled dig at Sir Keir for abandoning a number of ‘flagship policies’ he promised to uphold, following his election as party leader two years ago.