A long-standing critic of Trump, Amash looks set to throw his hat into the ring for presidency. 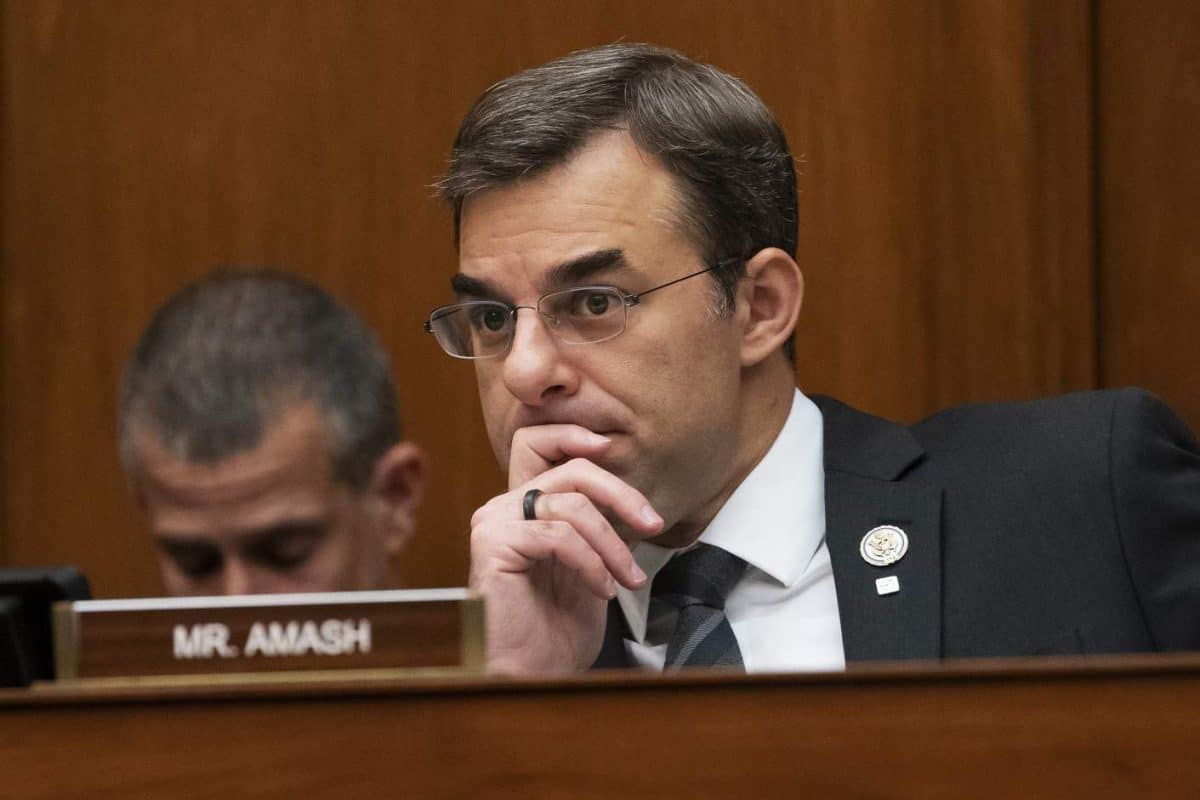 An already volatile US presidential race has been given a new jolt, as Representative Justin Amash threw his hat into the ring and announced he would explore running for the White House as a Libertarian.

Amash – a Republican-turned-independent from Michigan – is the third runner in the race for the Oval Office, joining incumbent Donald Trump and his Democrat challenger, the former Vice President Joe Biden.

“We’re ready for a presidency that will restore respect for our Constitution and bring people together,” the five-term congressman, 40, wrote on Twitter. “I’m excited and honoured to be taking these first steps toward serving Americans of very background as president.”

A long-standing critic of Trump, Amash abandoned the Republican Party last year, claiming he had “become disenchanted with party politics and frightened by what I see from it”.

He was known as one of Trumps strongest critics on the right and, as far back as last summer, was one of the few Republican members of congressman who said the president should be impeached.

Amash’s chances of success in November are remote, to put it generously. However third-party candidates have a long history of tilting the race one way or the other – and speculation is already rife over whether the congressman’s bid for the presidency will help or hinder Trump’s reelection hopes.

Some have speculated that Amash could boost Trump by winning moderate Republican voters who don’t like the president and would have reluctantly supported Biden, the presumptive Democratic nominee. But, others have suggested that the congressman could siphon vital votes away from Trump by giving a home to likeminded conservatives with more libertarian instincts.

Either way there is little doubt that Amash’s entrance into the race in key battleground states – the Libertarian Party is currently on the ballot in 35 states – could play a pivotal role come election day. Four years ago, Trump won Michigan by just 10,700 votes. The Libertarian candidate, Gary Johnson, won 172,000 votes in the state.

Elsewhere, a lot of voters on the left – many of them scorned Bernie Sanders supporters – spurned Hillary Clinton to vote for Jill Stein, the Green Party candidate. Stein ended up winning more votes in Michigan and Wisconsin than Trump’s small margin of victory there.

Trump seems to think that history is repeating itself. Reacting to Amash’s announcement on Twitter, the president said: “No, I think Amash would make a wonderful candidate, especially since he is way behind in his district and has no chance of maintaining his Congressional Seat. He almost always votes for the Do Nothing Dems. I like him even more than Jill Stein!”

Polling had projected Amash losing his seat in November – a fate that has befallen many Republican critics of Trump during his presidency to date.

However many analysts believe that the electoral landscape is so different this year that it is impossible to predict the impact that Amash will have on the race. Trump’s victories in states like Michigan in 2016 were, in no small part, based on voters enormous dislike for Clinton – which should be less of an issue for Biden this time round.

And, with the US suffering the highest global death toll from coronavirus and its economy reeling, it is difficult to predict the mindset of voters in six months time. At this stage, only one thing is for certain – the 2020 election is going to be a wild ride.