England's deputy chief medical officer, who was recently knighted, will return to the University of Nottingham. 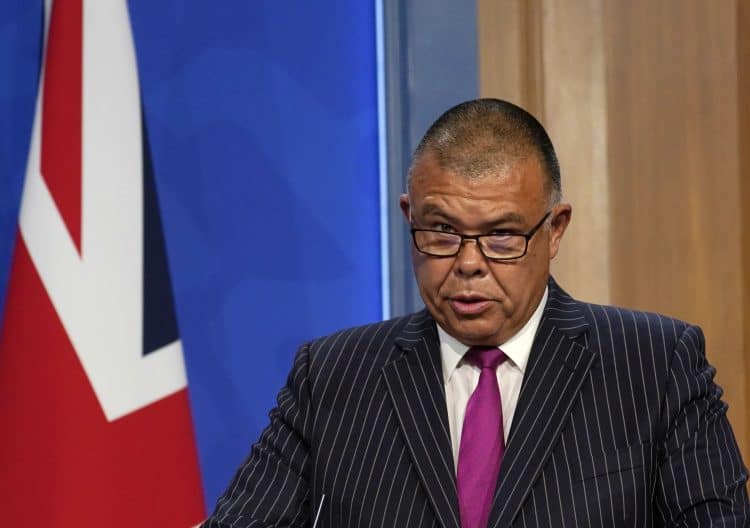 The top doctor – an unlikely hero of the pandemic who was recently knighted – is leaving his post to return to university work, from which he was on secondment, Sajid Javid said.

The Health Secretary tweeted: “It has been an honour to work with JVT and I am hugely grateful for his advice & the vital role he has played in our vaccination programme.

“I wish him all the best for the future at the University of Nottingham and their faculty of Medicine and Health Sciences.”

England’s deputy chief medical officer will now take up a role at the university’s medical faculty.

Neither policies nor parties

He is leaving his post because a longer-than-expected secondment to the health department from Nottingham has come to an end, The Times reported.

Government sources told the newspaper that his departure, while unexpected, has nothing to do with either policy or the government’s ongoing party scandal.

Meanwhile Boris Johnson has pulled out of a planned visit to a vaccination clinic after a family member tested positive for coronavirus.

The prime minister would have faced questions from the media about his attendance at a Downing Street “bring your own booze” event on the planned visit to Lancashire.

But he has pulled out, despite official guidance no longer requiring vaccinated contacts of coronavirus cases to self-isolate.

A Downing Street spokesman said: “The prime minister will no longer be visiting Lancashire today due to a family member testing positive for coronavirus.

“He will follow the guidance for vaccinated close contacts, including daily testing and limiting contact with others.”\

Although the legal requirement to self-isolate does not apply to vaccinated contacts, they are advised to take daily tests and “limit close contact with other people outside your household”.

The prime minister has faced calls to quit from within the Tory ranks after admitting attending a “bring your own booze” event in the No 10 garden on May 20 2020.

He has insisted that he believed it was a work event and No 10 said he had not seen the email inviting staff to bring their own alcohol to the “socially distanced drinks”.

Johnson apologised for the event in the Commons on Wednesday.