"The prime minister’s approval rating is back in “suitcases full of wine” territory and a large minority of Conservative voters think a fresh face should lead the party into the next election." 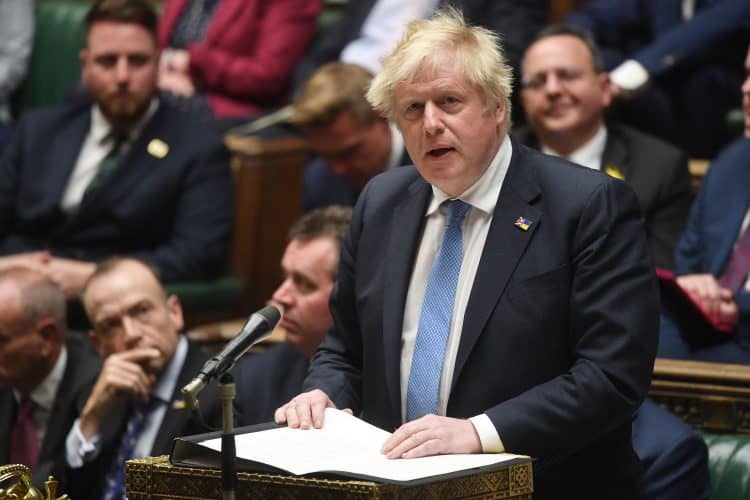 Boris Johnson’s net approval rating has dropped to -33 per cent, according to Opinium’s latest political poll, as almost three-fifths of UK adults (59 per cent) say they disapprove of the job that he is doing.

The public remain split on whether Johnson will lead the Conservatives into the next general election or not (44 per cent vs. 42 per cent).

In fact, 57 per cent (+2) think that Boris Johnson should resign as leader, with 31 per cent (+3) thinking he should remain.

However, Chancellor Rishi Sunak’s position as Johnson’s most likely successor has taken another blow with his net approval rating falling to a record low of -24. Just 26 per cent approve of the job he is doing as chancellor (-2) while his disapproval rating rising to 35 per cent (+1).

Following the announcement of the government’s plan to deport asylum seekers to Rwanda, voters were ambivalent with almost two fifths (38 per cent) supporting this plan, and 32 per cent opposing. However, more than half (52 per cent) think the scheme would be a poor use of money, as only 29 per cent think it would be a good use of money.

Adam Drummond, head of political and social research at Opinium said: “Boris Johnson has pointed to his government’s performance on the Ukraine crisis as a reason for Tory MPs not to change leader. But while his approval rating improved as the war began, this effect has now worn off.

“The prime minister’s approval rating is back in “suitcases full of wine” territory and a large minority of Conservative voters think a fresh face should lead the party into the next election.

“Johnson is helped by the lack of an obvious successor but, while Rishi Sunak’s ratings have fallen significantly, No 10 should be far more worried by voters’ expectations for the economy and their personal finances over the next year. Nearly a fifth of voters describe their financial situation as “struggling” and that figure seems likely to increase.”