SNP Ian Blackford raised concerns over the Government’s post Brexit trade talks with the EU during a Commons speech responding to the Budget. 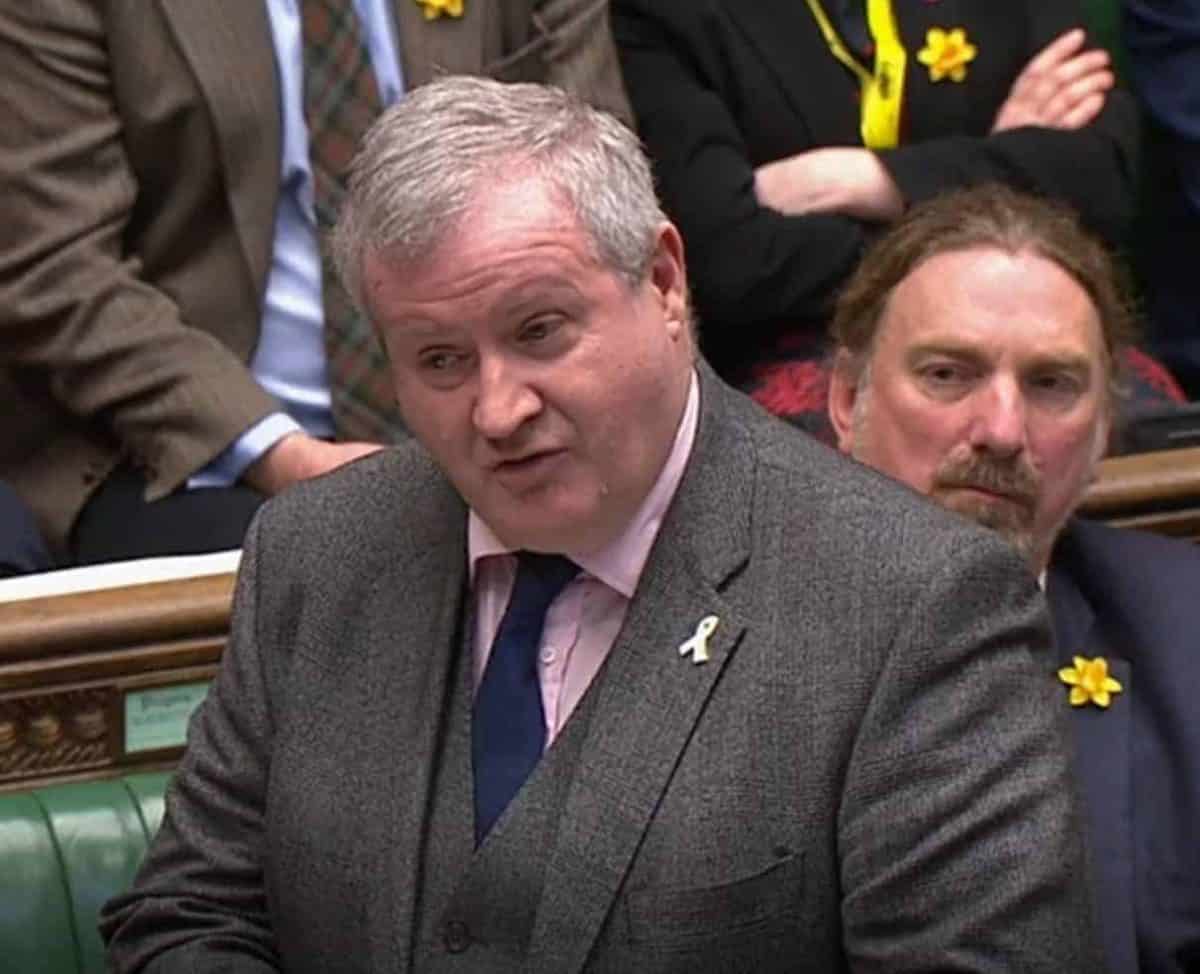 Boris Johnson’s Government will “sacrifice our economic health”, the SNP’s leader in Westminster has claimed as he warned of the “narrow ideology of the Brexit fanboys led by Dominic Cummings now running the Treasury”.

Responding to Chancellor Rishi Sunak’s Budget in the Commons, Ian Blackford raised concerns over the Government’s post-Brexit trade talks with the EU arguing that “instead of cooperation and close relationships, they are heading for divergence and deregulation”.

Mr Blackford, the MP for Ross, Skye and Lochaber, argued the Tories “have cut per person spending on public services by a whopping 21 per cent”, adding: “This Budget comes nowhere near either to close or reverse that devastating legacy.”

He added: “Let’s be clear – the poor becoming poorer was a Tory political choice.

“Why did the Conservatives take these political choices? Because as ever, they were serving their own interests and the interests of those they serve.”

Mr Blackford accused the Government of presiding over a “crisis in productivity” over a decade.

“Improved productivity and capital investment for wider society never got a look in. So today I challenge the chancellor, will he commit to launching a review into the impact of the bonus culture in financial services and its effect on general economic activity.”

Mr Blackford said the Scottish Parliament Information Centre had said Scotland was “owed around £5.8 billion if the proper Barnett consequentials were applied to the DUP Brexit bung”.

The Budget he added “turns its back” on the oil and gas sector in the north east of Scotland.

He said: “Having ripped up the Sewel Convention, the Tories are now on a mission to level down devolution. Chancellor, your Government is neither competent enough nor trusted enough to invest in infrastructure in Scotland.”

Mr Blackford called on the Chancellor to increase the monthly allowance for Universal Credit and end the benefit cap, increase benefits above inflation and restore the lost value from the four-year freeze.

“Plus scrap the two-child cap on tax credits and scrap the rape clause, plus bring in a child payments scheme similar to that in Scotland and deliver justice for Waspi women,” he added.

On the BBC licence fee, he said: “It is time to pay up, stop punishing pensioners and keep the free TV licence for all those over 75.”

Mr Blackford added: “The Tory’s immigration plans will devastate Scotland and the United Kingdom and the chancellor needs to understand a partial fig leaf to spare Scottish Tory blushes on immigration will not be enough.”