Matt Hancock and Boris Johnson "claim they are following the science, but that is not true". 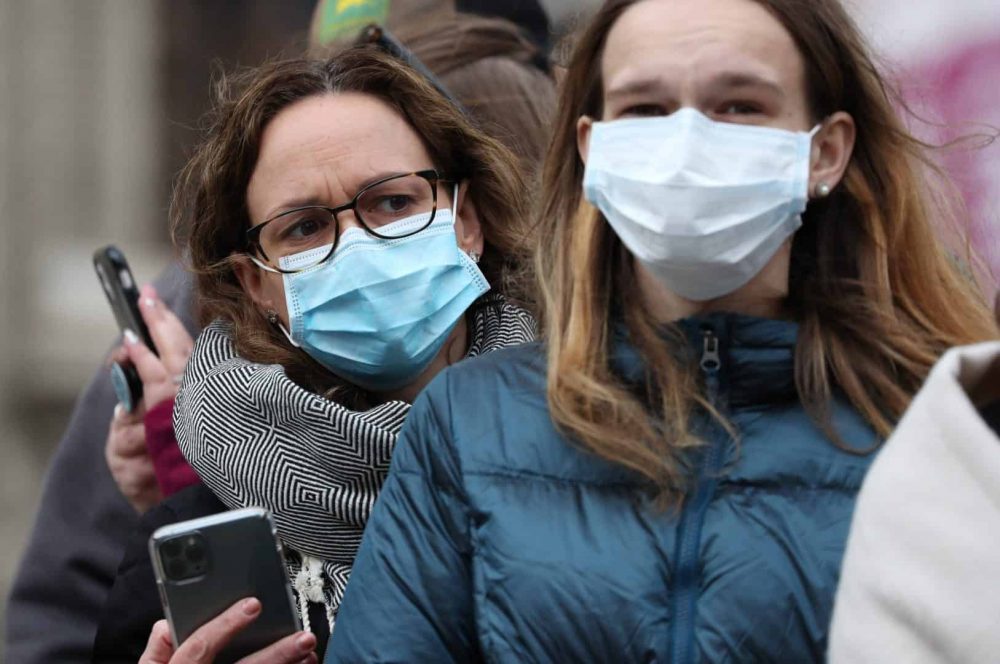 The government has been accused of “playing roulette with the public” as the number of coronavirus cases hits 456.

Richard Horton, editor-in-chief of Britain’s leading medical journal The Lancet, warned that we risk sleepwalking into a hurricane as officials delay their response to an escalating crisis.

He said Matt Hancock and Boris Johnson “claim they are following the science, but that is not true.

“The evidence is clear. We need urgent implementation of social distancing and closure policies. The government is playing roulette with the public. This is a major error.”

Mayoral candidate Rory Stewart this week said ministers had made “a serious mistake” by refusing to introduce stricter measures for tackling the deadly disease.

He said “medium and large gatherings” of people should be cancelled, and that visitors to the UK from coronavirus “hotspots” should be tested and quarantined.

Talking to Politics Home, he added: “The Government has made a serious mistake today. They should be acting much more aggressively to contain Coronavirus.

“Schools should be shut now. If the Government are not prepared to shut them now, they should – at the very least – state clearly and transparently what their triggers will be for closing schools over the next few days.

“All medium and large gatherings should be cancelled. All passengers coming from hotspots should be tested and quarantined. There is no excuse for passengers not being tested off a plane from Milan last night.

“There is no justification for half-hearted measures. The Government and the mayor keep saying they are simply following ‘scientific advice’. But the scientists are clear that this is now a political decision – on whether the Government are prepared to spend very serious sums of money, and take a large economic hit, to maximise protection of the population.

“China shows both the dangers of acting too slowly – at first – and then the benefits of acting decisively. We should have no regrets about spending money to do the absolute maximum to prevent the spread of this disease.”

The Chancellor promised the NHS “whatever it needs” in terms of funding to tackle the spread of coronavirus today, as the number of UK cases more than doubled in just four days.

Rishi Sunak set out plans for the health service in his Budget and pledged security and support for those who are sick and unable to work due to the spread of Covid-19.

And he said those working in the gig economy or who are self-employed will get quicker and easier access to benefits.

Mr Sunak said he was setting aside a £5 billion emergency response fund to support the NHS and other public services, adding that he “will go further if necessary”.

No plans to test any ministers

It comes after the Government said there were no plans to test any ministers, including Prime Minister Boris Johnson, for Covid-19 after health minister Nadine Dorries announced she had the virus.

PHE said it had assessed the risk of Ms Dorries’ individual close contacts and only those with symptoms need to self-isolate.

Labour MP for York Central Rachael Maskell said she is self-isolating on the advice of 111 following a meeting with Ms Dorries last Thursday.

Ms Maskell tweeted: “NHS111 have advised that I self-isolate as a result of a meeting I had with the Government’s Mental Health Minister last Thursday who has subsequently tested positive for Coronovirus. Thankfully I am asymptomatic. It is so important that we all follow all public health advice.”

Ms Maskell told the PA news agency that just herself, Ms Dorries and members of the minister’s staff were present at the meeting on Thursday.

The health minister tweeted thanks to her well-wishers, adding: “It’s been pretty rubbish but I hope I’m over the worst of it now.

“More worried about my 84yo mum who is staying with me and began with the cough today. She is being tested tomorrow. Keep safe and keep washing those hands, everyone.”

Ms Dorries held a surgery in her constituency on Friday morning which was attended by up to 12 people, according to Steven Dixon, chair of the Mid Bedfordshire Conservative Association. Details of those who attended have been passed to the NHS, he said.

Health Secretary Matt Hancock, who will deliver a Commons statement on coronavirus at 7pm on Wednesday, tweeted that Ms Dorries had “done the right thing” by self-isolating.

– NHS England chief executive Sir Simon Stevens announced plans to “invite up to 18,000 third year undergraduate nurses to help out on the frontline” in the battle against coronavirus

– England’s cricketers have been instructed not to sign autographs or pose for selfies with fans during their test tour of Sri Lanka, while Manchester City’s Premier League clash with Arsenal has been postponed as a “precautionary measure” over coronavirus fears

– The NHS in England is “ramping up” testing facilities so that 10,000 coronavirus tests can be performed each day

– British nationals from the Grand Princess cruise ship in the port of Oakland, California, will land in Birmingham on Wednesday evening and will be asked to go into self-isolation

– The Bank of England announced an emergency cut in interest rates from 0.75 per cent to 0.25 per cent in response to the economic impact of coronavirus.

A 53-year-old British woman is reported to have died from Covid-19 in Indonesia.

A Foreign Office spokeswoman said it was offering support, adding: “Our sympathies and thoughts are with her family at this difficult time.”

Six other people have died in UK hospitals.

Meanwhile, Britain’s fiscal watchdog has slashed its outlook for UK economic growth this year to its lowest level since the financial crisis – even before an expected “significant” hit from coronavirus.

The Office for Budget Responsibility (OBR) said it expects growth to fall to 1.1 per cent in 2020, down from 1.2 per cent last year.