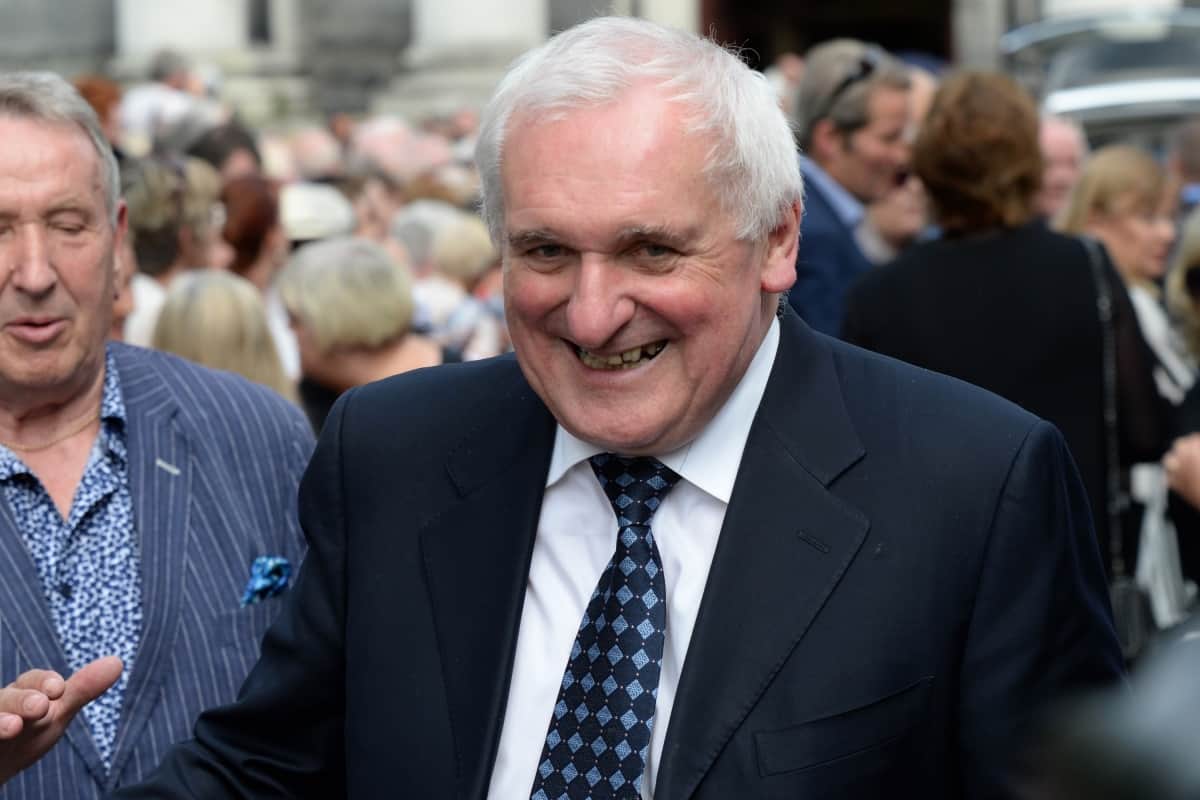 Boris Johnson has been warned by one of the architects of the Good Friday Agreement that it is “not bright” to force a rigid deadline on Brexit negotiations.

Bertie Ahern, former premier of the Republic of Ireland, also said the Prime Minister’s aim to secure a new deal with the European Union (EU) is barely achievable by the October 31 deadline.

Mr Johnson has made a “do or die” commitment to achieve Brexit by that date, even if it means leaving the EU without a deal.

Mr Ahern, who served as Taoiseach from 1997 to 2008, urged against seeking simplistic solutions to the complex problem of the Irish backstop to prevent a hard border on the island.

“I think we should all avoid trying to come up with simplistic solutions that this can all be done just by waving a hand or the stroke of a pen,” he said.

“It is complex, it is difficult, it is new, and I think forcing a deadline into that is not bright, and I put it no stronger than that.”

The man who brokered the heralded peace deal with Tony Blair discussed the challenge Mr Johnson will face in getting a deal by the deadline.

“I just don’t see how such a tight timescale – (it’s) nothing to do with the determination, or skill, or ability, or anything – just to agree a whole new agreement, it’s just very hard to see how that can be done by Halloween,” he said.

Mr Ahern said Theresa May’s thrice-failed Withdrawal Agreement clearly states that an alternative solution in the transition period would halt the necessity for the backstop.

He recommended Mr Johnson studies the deal now having “been busy in his campaign”.

“But when he gets time to read it and see there’s an enormous amount of language written about having an international arbitrator that will decide whether this can continue indefinitely,” he said.

Mr Johnson has called for the “abolition” of the backstop and for the renegotiation of a new deal.

Brussels has poured cold water on a fresh agreement, with European Commission president Jean-Claude Juncker telling him the existing Withdrawal Agreement was “the best and only” deal possible.