The Prime Minister was elected by 0.13% of the population, he has no mandate from Scotland, Ian Blackford said. 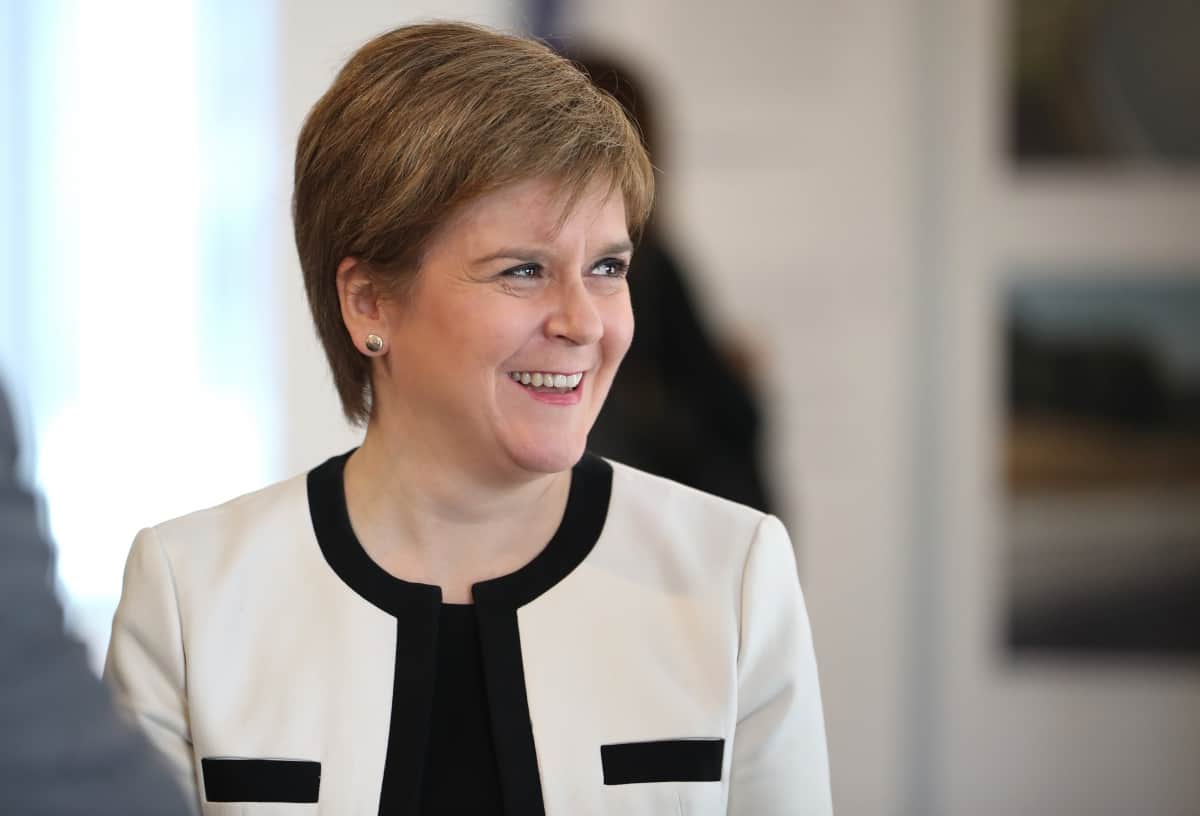 Nicola Sturgeon is reviewing the timetable for a possible second vote on Scottish independence, Boris Johnson was warned as the SNP Westminster leader branded him the “last prime minister of the UK”.

Ian Blackford hit out at the new PM after he made his first statement in the job to MPs in the House of Commons.

Mr Johnson, who has pledged Brexit will be delivered by the end of October “do or die”, argued leaving the European Union would benefit Scotland as well as the United Kingdom.

? @IanBlackfordMP: "The Prime Minister was elected by 0.13% of the population.

He has no mandate from Scotland.

This whole internal Tory Party crisis has been a democratic outrage.

Scotland will not stand-by and let charlatans take decisions on our behalf."

But Mr Blackford told him: “Scotland’s First Minister has been clear – that she’s now reviewing the timetable for a second independence referendum.”

He added: “Scotland will not stand by and let decisions be taken by charlatans on our behalf.”

In a letter to Mr Johnson the Scottish First Minister stepped up her demands for a referendum, saying it was “more than ever essential that in Scotland we have an alternative option” to Brexit.

With Scots having voted overwhelmingly to remain in the EU, ministers in Edinburgh have been pushing for a second vote on independence.

Ms Sturgeon has already indicated such a vote could take place in the second half of 2020, with the Scottish Government having recently published a Referendums Bill.

But Mr Johnson has already made clear his opposition to allowing Scots another vote on the matter, and he used his statement to the Commons to argue that leaving the EU could benefit Scotland as well as the rest of the UK.

The new Conservative leader said: “If we can deliver a fantastic, sensible and progressive Brexit, which I believe we can, and the whole United Kingdom comes out, as I know that it will, what happens then to the arguments of the Scottish National Party?

Mr Blackford, however, insisted a no-deal Brexit would “do untold damage to the jobs and constituents of our country”, as he vowed: “Parliament will stop this madness in its tracks.”

He spoke out after the First Minister told Mr Johnson: “Given your public comments about leaving the EU on October 31 with or without a deal, ‘come what may’ and ‘do or die’, it is now – more than ever – essential that in Scotland we have an alternative option.”

The SNP Commons leader said: “You will be aware that people in Scotland voted overwhelmingly to remain in the European Union. Subsequent Scottish Government analysis shows that a no-deal outcome could cost 100,000 Scottish jobs.

“Even a free trade agreement could see a fall in Scottish national income of around £1,600 per person compared with continuing EU membership.

“I urge you to study this analysis closely so that you understand the implications for Scotland of the policy you are pursuing on Brexit and why it is therefore imperative that you change course immediately to avoid causing lasting harm to the people of Scotland.”

She added: “In line with the democratic mandate given to us in 2016, the Scottish Government will continue to make preparations to give people in Scotland the choice of becoming an independent country.

“The right of the people of Scotland to determine their own future is a basic democratic principle that must be respected.

“Similarly any decision of the Scottish Parliament on whether to give people that choice must be respected.

“The Parliament will consider the necessary framework legislation for a referendum after the summer recess, and I look forward to taking this matter forward with you once MSPs have had the opportunity to debate the issue further.”