Who is Patrick Minford? The economist backing Truss’s tax reforms

Spoiler: It's the same man who said there would be an “eight per cent drop” in the cost of living on “day one of leaving the EU”. 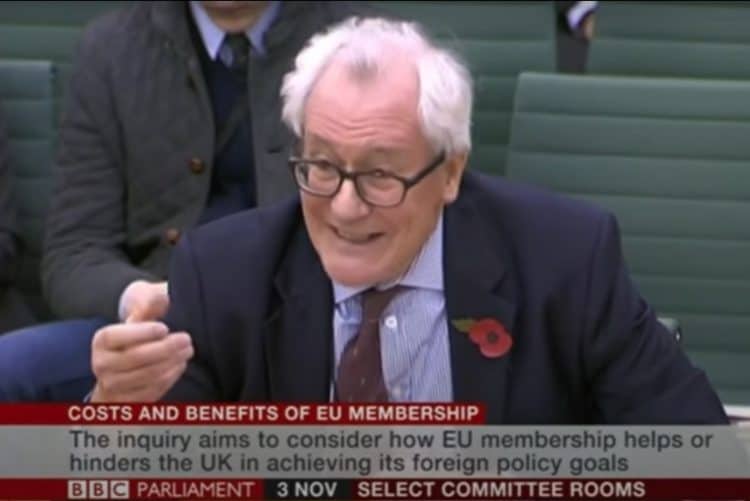 Professor Patrick Minford has proclaimed that Liz Truss’s tax plan is the “only way” to rescue the economy.

He warned the government’s desire to pay off the Covid debt as soon as possible has left it hamstrung during the current crisis.

“The Treasury orthodoxy embraced by the Government up to now has sacrificed a tax system supporting growth to a policy of stopping new public borrowing,” he said.

Liz Truss’s tax cuts have sent the markets into a downward spiral this week.

Moves to cut the top rate of tax, reverse national insurance hikes and cut the basic rate to 19p in the pound have spooked many investors.

On Wednesday, the Bank of England launched an emergency government bond-buying programme to prevent borrowing costs from spiralling out of control and stave off a “material risk to UK financial stability”.

It bought up to £65 billion worth of government bonds – known as gilts – at an “urgent pace” after fears over the Government’s tax-cutting plans sent the pound tumbling and sparked a sell-off in the gilts market, which left some UK pension funds teetering on the brink of collapse.

On Thursday, the pound regained some ground, rising to above 1.1 dollars for the first time since last Friday.

Backing the tax cuts is Patrick Minford, a Cardiff Business School professor who also advocated for Britain’s exit from the European Union.

He argues that the British economy is now in much better shape and could withstand the increase in borrowing needed to fund the expensive tax cuts proposed by the Tory party leadership candidate.

But several people have been quick to point to some of his previous predictions.

In 2015, he told a Foreign Affairs Committee inquiry that there would be an “eight per cent drop” in the cost of living on “day one of leaving the EU”.

Britain has since been thrown into a cost-of-living crisis, with soaring inflation and record energy bills leaving some households with a choice between heating or eating.

Funny that we should turn to the same man to try steer us through it!