Ever the diplomat, the prime minister dismissed Macron's AUKUS anger in Franglais. 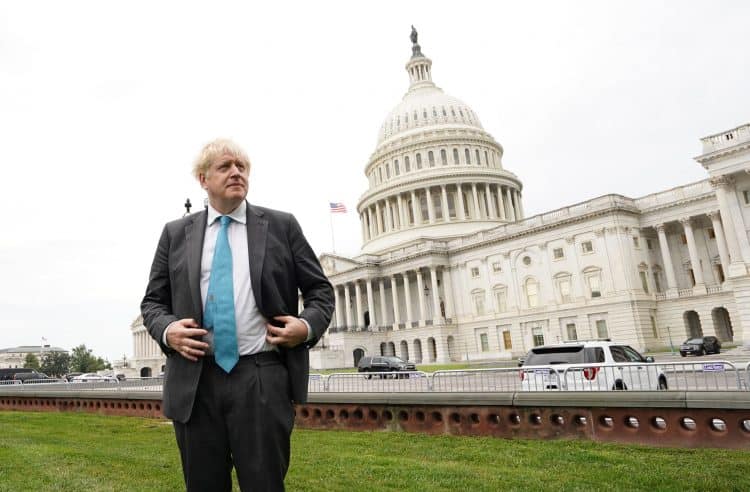 Boris Johnson has dismissed French anger about the Australian submarines deal, insisting Emmanuel Macron should “get a grip”.

The Prime Minister used Franglais as he urged “some of our dearest friends” to calm down over the issue.

The Australia-UK-US Aukus pact saw Sydney decide to pursue the development of nuclear-powered submarines at the expense of a deal with France to provide diesel-electric boats.

The diplomatic fallout has seen France recall its ambassadors from Australia and the US and postpone high-level meetings.

Speaking to reporters in Washington, the Prime Minister said: “I just think it’s time for some of our dearest friends around the world to prenez un grip (get a grip) about this and donnez-moi un break (give me a break).

“Because this is fundamentally a great step forward for global security. It’s three very like-minded allies standing shoulder-to-shoulder, creating a new partnership for the sharing of technology.

“It’s not exclusive. It’s not trying to shoulder anybody out. It’s not adversarial towards China, for instance.”

Fossil reveals how some ancient crocodiles evolved into dolphin-like creatures