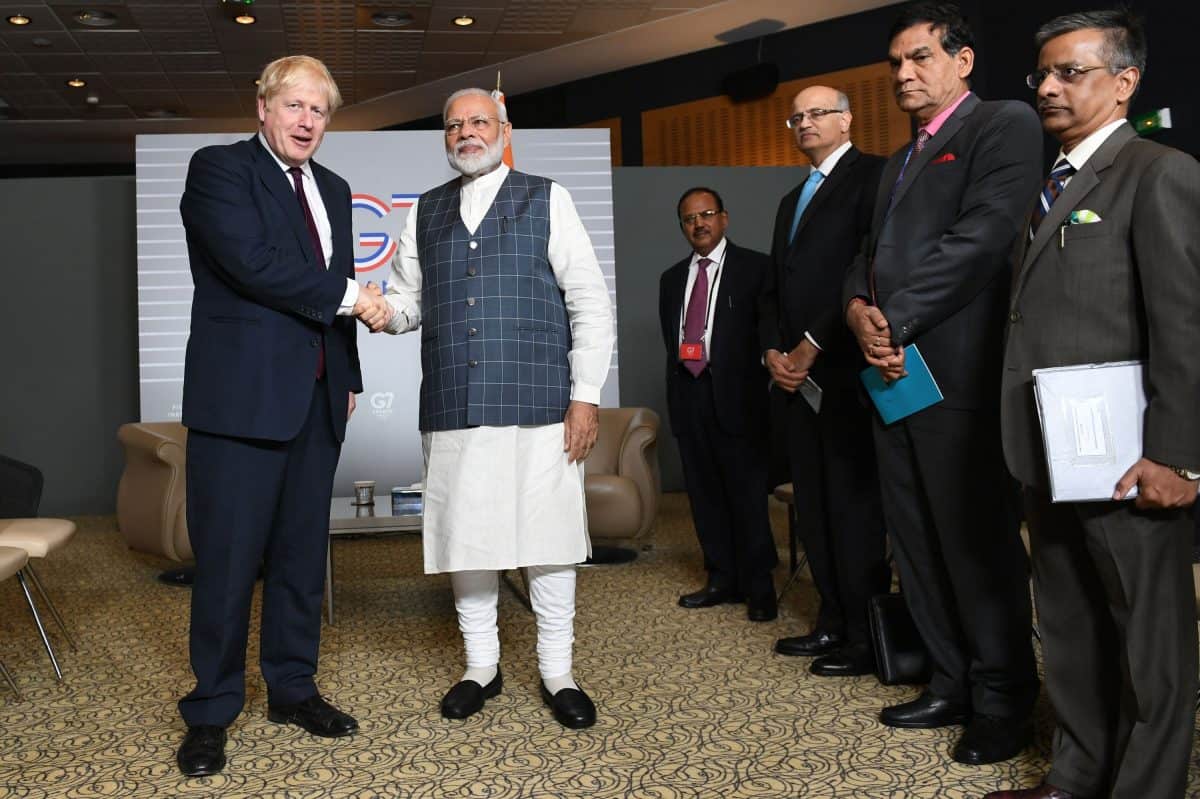 Boris Johnson has cancelled his controversial visit to Delhi next week, as the coronavirus crisis deepens in India and concerns grew over a new variant hitting the nation.

The already-curtailed trip was postponed indefinitely on Monday, but the prime minister said he planned to hold a call with his Indian counterpart Narendra Modi ahead of a rescheduling “as and when circumstances allow”.

Johnson had until that point resisted demands to hold the talks, aimed at fostering closer ties with the nation, on a virtual basis amid calls to impose greater restrictions on travel to and from India.

The cancellation came as New Delhi entered a week-long lockdown to tackle a surge in cases and prevent a collapse of the capital’s health system, as India reported 273,810 new infections – the highest daily rise since pandemic began.

Johnson has said it was “only sensible” to cancel his trip and said it is up to the UK Health Security Agency whether to add the nation to the travel “red list”.

“But Narendra Modi and I have basically come to the conclusion that, very sadly, I won’t be able to go ahead with the trip,” he told broadcasters during a visit to Gloucestershire.

“I do think it’s only sensible to postpone given what’s happened in India, the shape of the pandemic there.”

The prime minister insisted UK-India relations are of “huge importance” and said he would speak to Modi on Monday, while “we’ll be trying to do as much as we can virtually”.

“Of course it will be frustrating, but we’ll try and replicate as much as we can remotely, and then look forward to doing it in person, as and when circumstances allow and hopefully before the COP summit in November, and hopefully we’ll get Narendra Modi over for the G7 in June,” he added.

Johnson’s visit – to foster close ties as part of Britain’s foreign policy “tilt” towards the Indo-Pacific – was first scheduled for January, but was delayed due to the UK’s winter wave of infections.

A four-day trip was then scheduled to begin on Monday before being cut back last week to just one day in Delhi.

Labour’s shadow communities secretary Steve Reed had been among those saying it should be cancelled altogether.

“There are new variants emerging all around the world, the Government is telling people ‘don’t travel if you don’t have to absolutely travel’, and I can’t see why the prime minister can’t conduct his business with the Indian government by Zoom,” the MP told Sky’s Sophy Ridge On Sunday.

Downing Street issued a joint statement from the British and Indian governments, saying the two prime ministers would instead “launch their ambitious plans for the future partnership between the UK and India” later this month.

They “look forward to meeting in person later this year”, the statement added. Experts have suggested the coronavirus strain first identified in India is likely to be classified as a “variant of concern”.

Scientists are currently investigating whether the variant known as B.1.617 may spread more rapidly or escape some of the protection given by the existing vaccines.

The latest official figures show there have been 73 cases of the strain detected in England, as well as four more infections in Scotland.

Ministers are under pressure to add India to the travel “red list”, which would mean only UK nationals could return from the country and those doing so must pay to quarantine in a Government-approved hotel for 10 days.