The PM also moaned that Partygate has been a "totally miserable experience" for him. 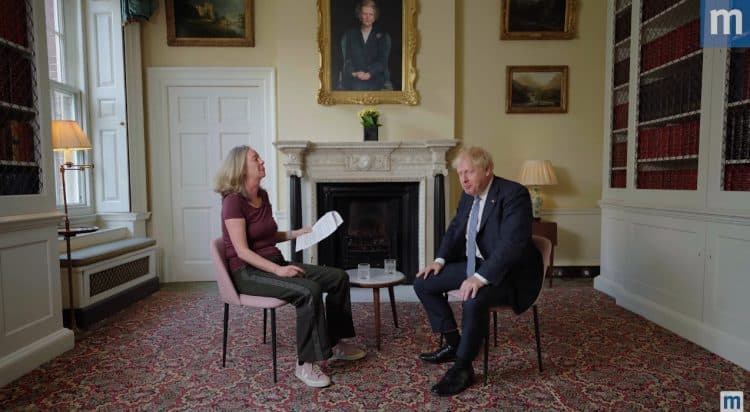 Boris Johnson said the Partygate scandal has been a “totally miserable experience” for him – but insisted he would not resign.

The prime minister was grilled about the scandal by Mumset users on Wednesday – with one member asking ow the public could trust a “habitual liar”.

Johnson “apologised very much” for his behaviour – and claimed he was “very, very surprised and taken aback” to be fined by the Metropolitan Police.

He added: “I can totally see how infuriating it is that people like me were not fulfilling the letter of the rules ourselves. I totally understand that.”

Asked about the pressure he now finds himself under in Downing Street, Johnson said: “I’m not going to deny the whole thing hasn’t been a totally miserable experience for people in government.”

But he vowed not to resign. “I just cannot see how actually it would be responsible right now, given everything that is going on, simply to abandon … the project on which I embarked to level up.”

Johnson also joked that he did not eat any birthday cake at the June 2020 event which saw him receive a Metropolitan Police fine.

“If you’re talking about that miserable event that appeared on the front page of newspapers, no cake was consumed by me – I can tell you that much,” he said.

“If people look at the event in question, it felt to me like a work event. I was there for a very short period of time.”

Addressing his attendance at a number of leaving gatherings, he said: “I genuinely believed that what I was doing – and I know why people may think it’s not good enough – but what I believed I was doing was saying goodbye briefly to hard-working staff.”

“What I thought was doing was right for a leader, in any circumstances, and that was to thank people for their service.”