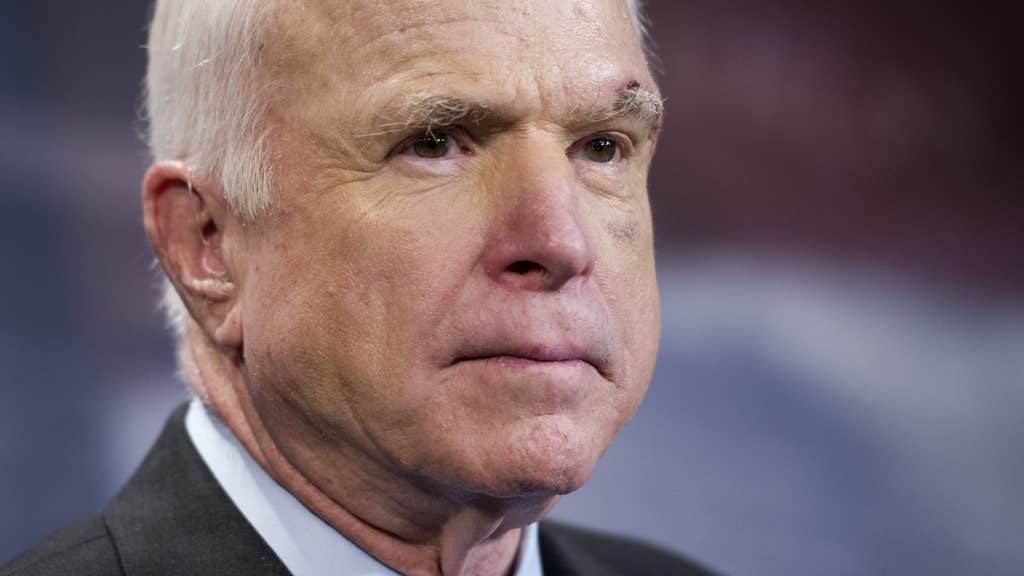 In the final speech of his second bid for the White House, Sen. John McCain acknowledged the historic nature of President-elect Barack Obama’s win and what it symbolises for race relations in this country.

He urged his supporters to work with Obama in a bipartisan fashion, and he thanked his family, campaign workers and supporters.

The contrast couldn’t be starker from this year’s election, with Trump launching a legal blitz to halt vote counting as armed protestors descend on tallying centres.

The Secret Service has allegedly drawn up plans to remove the President with force if he loses the election and refuses to leave the White House.

He may want to take a few notes from a speech described by Jeremy Vine as one of the “few great moments of humility” in recent political history.

This is how you do it! Senator John McCain giving a seminal gracious concession speech upon losing to Barack Obama. Reduced me to tears.
pic.twitter.com/8b4AW6mQqw

Related: A dangerous narcissist hangs on by a thread… and Trump is on the ropes too