"I'm going to do something now that the British government doesn't always do, and welcome some foreigners." 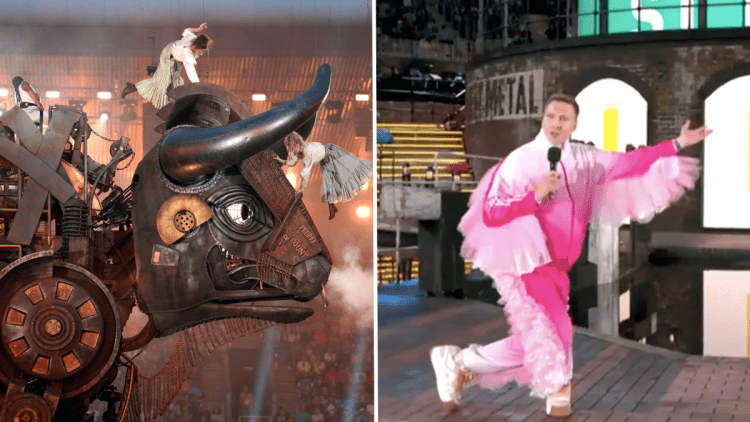 Joe Lycett made a not-so-subtle dig at the UK government during his speech at the opening ceremony of the Commonwealth Games yesterday.

The 34-year-old comedian appeared in his home town of Birmingham last night to open the Games.

The ceremony included Red Arrows and raging bulls which rumbled around Alexander Stadium.

Appearing in a frilly white and pink tracksuit, Lycett addressed spectators at the event.

“I’m thrilled to be here next to all these pyrotechnics in this highly flammable outfit.

“I’m going to do something now that the British government doesn’t always do, and welcome some foreigners – this time from the region of Asia.”

And it didn’t stop there – the comedian took to Twitter later on in the evening to write “soz @pritipatel just a bit of banter tehehe” alongside sharing a clip of the moment in question.

The dig was received brilliantly online, with many applauding the Birmingham-born funnyman for making use of the opportunity.

Another suggested: “Right – sorted Hugh Grant PM, Martin Lewis Chancellor and Joe Lycett Home Secretary. Any ideas for other positions?…. I feel Sue Perkins and Deborah Meaden should be in … ? What could @mrjamesob be?”