“Without Jeremy Corbyn’s obduracy, stubbornness, we might not have got it – and I think it came very close to not happening.” 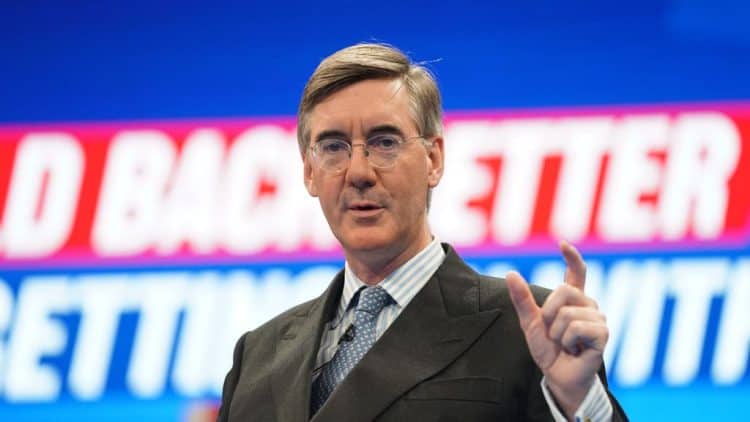 Jacob Rees-Mogg has hailed Jeremy Corbyn for helping to save Brexit, as he warned the UK’s exit from the EU came close to being scuppered.

Speaking at the Conservative Party conference in Manchester, Commons Leader Mr Rees-Mogg said: “It’s amazing how close it came to us not getting Brexit, that the British establishment wanted to stop it and were trying very hard.

“I’ll tell you why. Because our side who hated Brexit would have accepted any other Labour leader as interim prime minister to stop Brexit and have a second referendum etc.

“And any other Labour leader might have accepted one of our side to be an interim prime minister to stop Brexit.

“But Jeremy Corbyn was unacceptable to Tories who would simply not, however much they hated Brexit, have him as leader, and there was absolutely no way he was going to make way for anybody else – and therefore we got to an election and won it handsomely because the people wanted what they voted for to be delivered.

“But without Jeremy Corbyn’s obduracy, stubbornness, we might not have got it – and I think it came very close to not happening.”

Mr Rees-Mogg went on to describe Sir Keir Starmer as a “very respectable second-rate leader” of the Labour Party.

He said: “I mean that nicely. We want to have a respectable Opposition.

“He, on the charisma stakes against our leader, doesn’t rank particularly highly.”

Mr Rees-Mogg drew upon his love of cricket when he said: “If Boris Johnson is Donald Bradman then I think Keir Starmer is Chris Tavare, if you remember him, if you’re a cricketing fanatic, he played for Somerset for a bit and always scored quite quickly for Somerset and less so when he played for England.

“But (Sir Keir) is a decent and respectable individual. He is not going to impose a Communist state on us.”

Mr Rees-Mogg added: “He isn’t Tarzan swinging through the jungle enthusing everybody with excitement, is he? No.”

Asked whether the Government believes in the right of individuals to make informed decisions for themselves, Mr Rees-Mogg replied: “Yes, of course.

“That is fundamental to what we believe.

“And one of the things that I thought we could all take a great deal of comfort from were the leaks, the revelations of one Dominic Cummings. You may remember him, a sort of Voldemort of the Tory Party.”

He went on to claim Mr Johnson wanted to “protect freedom at every step of the way” during the Covid pandemic.

Mr Rees-Mogg’s interview concluded with a question about how much he loves Cadbury Creme Eggs.

He replied: “Oh goodness. Ten. They are the most supreme snack, aren’t they?

“They’ve got everything about them. They are health-giving, unquestionably, they provide you with an important part of your calorific intake for the day.”