"I'm sorry that my face scares not only children but animals now as well", Tory candidate James Airey said. 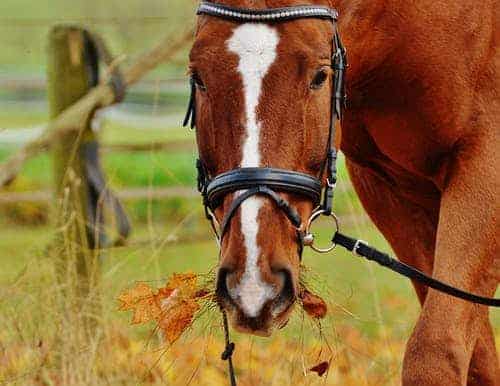 Jamie Normington posted a complaint to a Tory group on Twitter about a poster promoting Westmorland and Lonsdale candidate James Airey.

The placard was erected alongside the leafy B6524 at Old Hutton, near Kendal, which is surround by farms.

Mr Normington complained the poster “obstructed a right of way”, and said “any rider/farmer will tell you this can really spook horses.”

Alan Hiscox, of The British Horse Society, said horses would “move quickly away” from perceived dangers, which included “new or unfamiliar” sights.

Mr Airey said it had been put up with the landowner’s permission, and care had been taken where it was placed.

He added: “All parties have posters and it’s all part of the election campaign.

“I’m sorry that my face scares not only children but animals now as well.”

Since the issue was raised, the poster has disappeared.

Related: Tory candidate caught out setting up a “friendly voter” on the doorstep