Yoshihide Suga said he will not run in the party leadership elections and will focus on coronavirus measures instead. 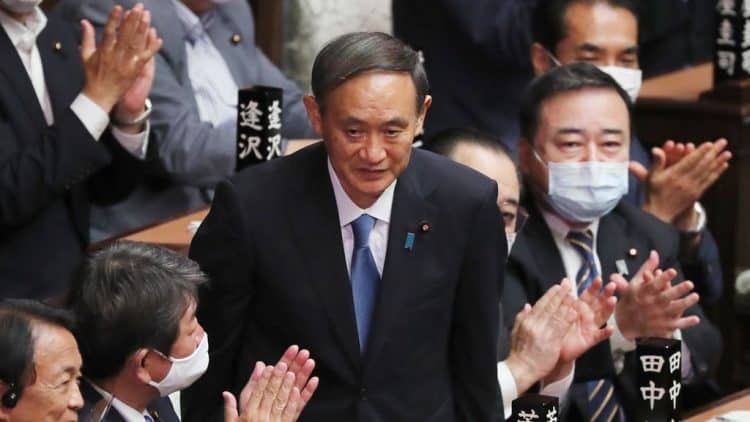 The prime minister of Japan has resigned after failing to control the coronavirus pandemic in the country – resulting in 16,184 deaths.

Yoshihide Suga has said he will not run for leadership of the governing party at the end of this month, paving the way for a new Japanese leader after just a year in office.

Mr Suga told reporters he had originally planned to run in the September 29 race to lead his governing Liberal Democratic Party (LDP), but that leading Japan’s pandemic response and campaigning for the LDP job at the same time divided his energies.

“I have decided not to run for the party leadership elections, as I would like to focus on coronavirus measures,” he told reporters who rushed to his office after the news broke.

Mr Suga has faced criticism and nosediving public support over a coronavirus response seen as too slow and small and for holding the Olympics despite the public’s health concerns.

But he said he had put all his energy into important policies including the virus response since he took office.

Mr Suga said: “But doing both takes enormous energy and I have decided that I should just choose one or the other.

“As I have repeatedly told people, protecting people’s lives and health is my responsibility as prime minister, and that’s what I will dedicate myself to.”

LDP has the majority in parliament, meaning the new government leader is likely to be whoever is elected the party’s leader.

The official start of the campaign is September 17 and a few potential candidates have said they intend to run.