In 2017, former Labour leader Jeremy Corbyn pulled a gigantic Glastonbury crowd as he took to the Pyramid Stage. 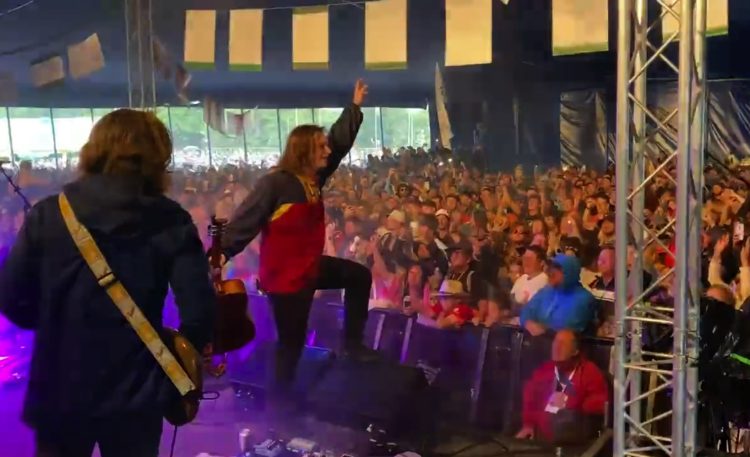 Jamie Webster thanked Billy Bragg for giving him the opportunity to play at a jam-packed Left Field stage at the Glastonbury Festival.

The 28-year-old Liverpudlian delighted the crowd as he played a riotous set that included his now fabled “F*ck the Tories” chant as well as some choice words about “lying politicians”.

It was a far stretch from the festival in 2017, when adoring fans created some memorable moments for the then-Labour leader Jeremy Corbyn.

On Friday evening, even Radiohead frontman Thom Yorke joined in with the crowd’s Corbyn chant during their Glastonbury headline set.

The Islington North MP also addressed festival-goers from the Pyramid stage and was welcomed on stage by festival organiser Michael Eavis.

To big cheers, the Labour leader said he had been inspired by the surge of goodwill in his recent 2017 election campaign, that had defied the scorn of the right-wing UK press saying: “The commentariat got it wrong. The elites got it wrong. Politics is about the lives of all of us.”