"I remember a time when the Conservatives stood for sound money." 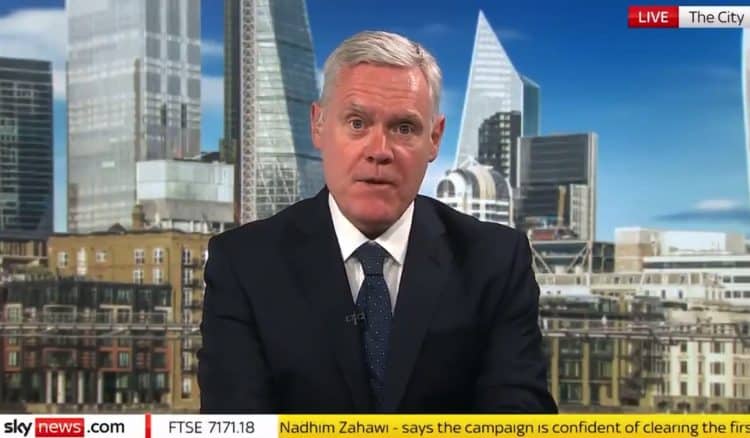 Conservative candidates vying to replace Boris Johnson have been warned against getting into a bidding war of unfunded tax cuts.

Chancellor Nadhim Zahawi pledged on Monday to cut income tax in 2023 and 2024 and abolish green levies on energy bills for two years.

Attorney General Suella Braverman argued there is “no alternative but radical tax cuts” amid a cost-of-living crisis as rivals sought to match each others’ bids.

Foreign Secretary Liz Truss pledged to cut taxes “from day one” while billing herself as an experienced candidate to set herself apart from opponents with less Cabinet experience.

Jeremy Hunt, who has been both health and foreign secretary, expressed a desire to “cut all taxes” in an interview with BBC Breakfast.

Addressing the issue on Sky News, presenter Ian King lost his rag with the Tory leadership candidates, saying he had “never heard such a load of rubbish”.

“I remember a time when the Conservatives stood for sound money”, he added.