The giant billboard features an enormous Donald Trump with the Prime Minister in his pocket. 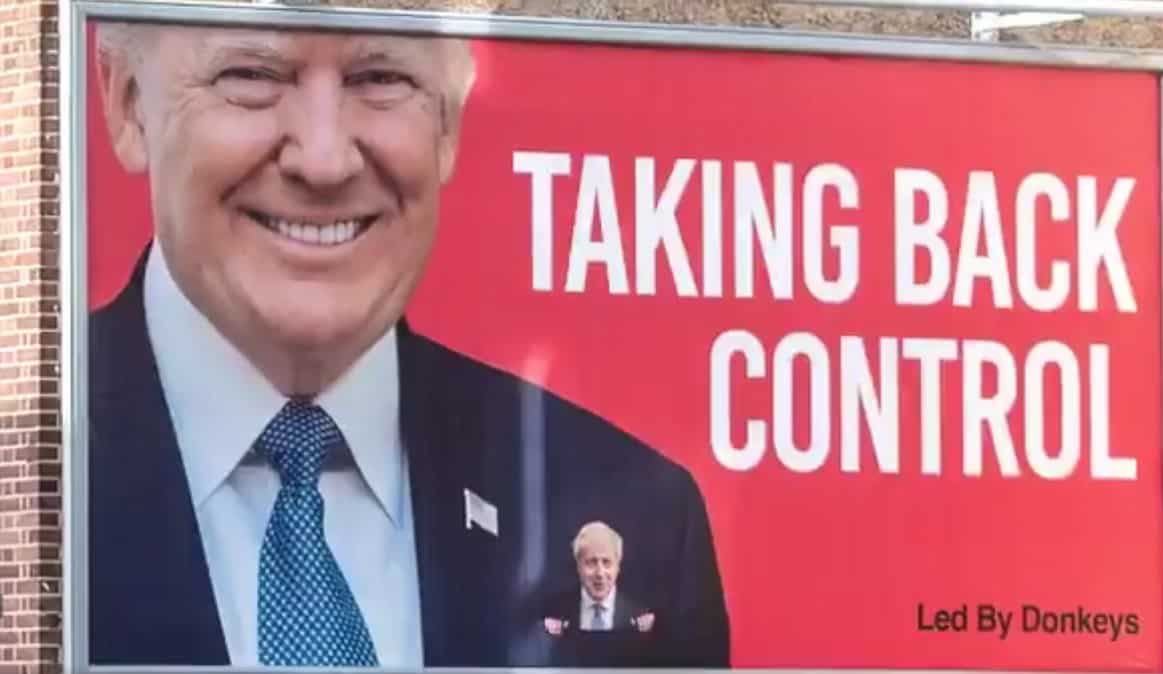 Boris Johnson became the latest target of a hilarious Led by Donkeys campaign in his home seat of Uxbridge.

The giant billboard on Yiewsley High Street, West Drayton features an enormous Donald Trump with the Prime Minister in his pocket.

It mimics a Conservative election campaign poster from 2015 when David Cameron went up against Ed Miliband.

The former Labour leader appeared in Alex Salmond’s pocket in a bid by the Tories to warn against a potential SNP/ LAB coalition.

It makes the “taking back control” slogan – featured on the Led by Donkeys poster – all the more comical.

He said his new proposals are “unrealistic and damaging and will, as I think the prime minister full well knows, be rejected in Brussels, rejected in this House and rejected across this country.”

Make your own billboard

Last week Led by Donkeys launched a new “make your own billboard” tool, with the best designs getting the real treatment by the campaign group.

The page gives you a fully customisable version of the government’s Get ready for Brexit poster which has been rolled out nation-wide.