Britain's supermarket bosses have warned that Brits might have to get used to empty shelves. 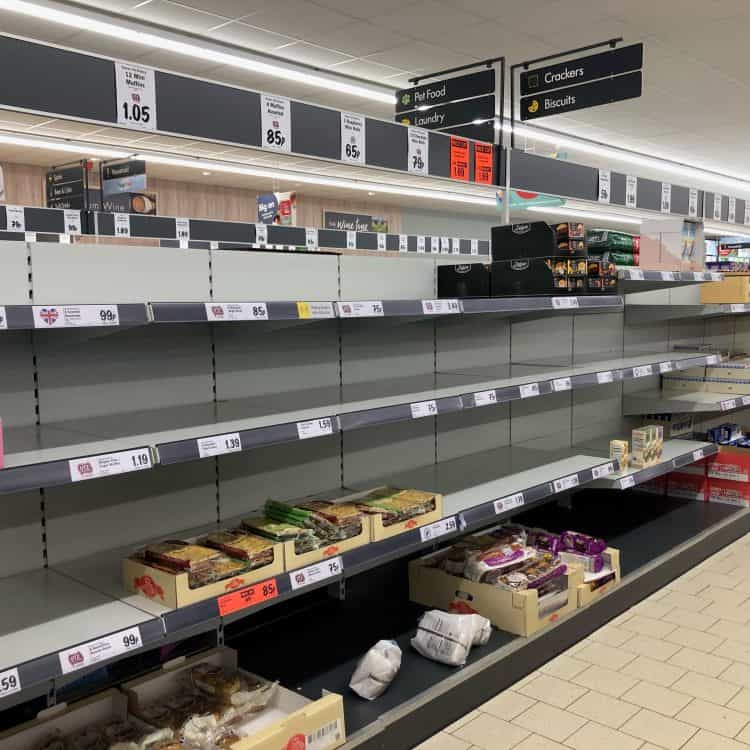 The chief of supermarket chain Iceland has cautioned that the Brexit-induced supply chain crisis could “cancel” Christmas.

Speaking to Radio 4’s Today programme on Wednesday morning, Richard Walker – the managing director of Iceland – said: “The reason for sounding the alarm now is that we’ve already had one Christmas cancelled at the last minute and I’d hate this one to be problematic as well.”

He said Iceland is currently enduring a shortfall of 100 full-time drivers, which is “impacting the food supply chain on a daily basis”.

Walker added: “We’ve had deliveries cancelled for the first time since the pandemic began, about 30-40 deliveries a day. Things like bread, fast-moving lines, are being cancelled in about 100 stores a day.

“Soft drinks are 50 per cent less in terms of volume, so it is having an affect at shelf.”

His warnings come after another of Britain’s biggest supermarket bosses warned shoppers to get used to food shortages.

Steve Murrells, chief executive of the Co-operative Group, said food shortages were the worst he has known, with shops hit by post-Brexit migration rules and Covid-19.

“The shortages are at a worse level than at any time I have seen,” he told The Times.

Murrells, 56, said the crisis was the result of “Brexit and issues caused by Covid”. He said the Co-op was being forced to retrain staff as lorry drivers because of a shortage of 100,000 hauliers across the industry.

Poultry and meat processing has been hit by a shortage of butchers. Many have left the UK or chosen to work as delivery drivers instead, as a result of the surge in online shopping during the pandemic, Bradshaw said.

Nando’s last week said it had closed 50 restaurants amid a chicken shortage. Businesses are pleading with ministers to relax visa rules to allow more lorry drivers into the UK.

Helen Dickinson, of the British Retail Consortium, said: “We are calling on the government to rapidly increase the number of HGV driving tests, provide temporary visas for EU drivers and to make changes on how HGV driver training can be funded.”

Meanwhile Christmas favourites like pigs in blankets could be in short supply this festive season as a result of post-Brexit issues.

Britons may find them harder to come by this winter as industry labour shortages continue to bite, the British Meat Processors Association warned.

Chief executive Nick Allen said usual demand for pigs in blankets – sausages wrapped in bacon – reaches about 40 million packets, but a shortage of labour to make them could mean production is cut by a third.

Supplies of gammon could also be affected, he added.