It's the third time in two years he has been caught over the speed limit. 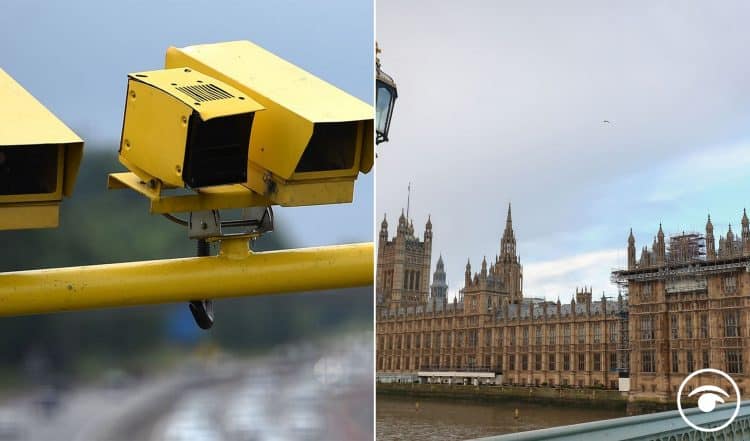 A Tory MP who called for a speeding crackdown has lost his licence after he was caught driving at 26mph over the speed limit on his way to work.

Paul Bristow, 42, will not be allowed behind the wheel for a month after a speed camera caught him driving his Toyota 4X4 at 76mph in a 50mph zone.

It’s the third time in two years that the MP for Peterborough, who has campaigned for tougher speeding restrictions, has been caught over the speed limit.

Justices at Peterborough Magistrates’ Court handed Bristow a 28-day driving ban after he pleaded guilty to speeding on the morning of November 12, 2020.

Bristow was returning to work after taking his mum to her home when a speed camera snapped him on the A1 dual-carriageway near Peterborough, the court heard.

Magistrates were told Bristow already had six points on his licence, with speeding offences recorded on April 14 2019 and April 16 2020. He was given three points for each offence.

Bristow did not attend court in person but was “there in spirit”, his counsel Nick Diable said.

Diable added: “There is not a large amount to say – 70 in a 50, he had been to take his mum home, and he was returning to go back to work.

“He said it was on a dual carriageway, with a couple of cars around. He said it was fairly light traffic, and he was keeping pace with other vehicles.

”He recognises the offence falls in the most serious category. He apologises and regrets his actions, and wishes he had paid more attention to his speed.”

The politician confessed to his latest speeding offence in a column in his local paper on May 27 this year.

He revealed how he would ask for a driving ban and had dismissed advice from others to claim mitigating circumstances to avoid disqualification.

Bristow wrote: “How could I campaign for speed cameras or tougher measures on ordinary Peterborough streets if I asked a court to award me fewer points than my offence normally merits? If I offered excuses?

“I need to be able to campaign about speeding on residential streets without any suggestion of hypocrisy.

“Only by asking to be disqualified can I look constituents in the eye.”