The former president made the remarks during a visit to Europe in 2018, according to a new book. 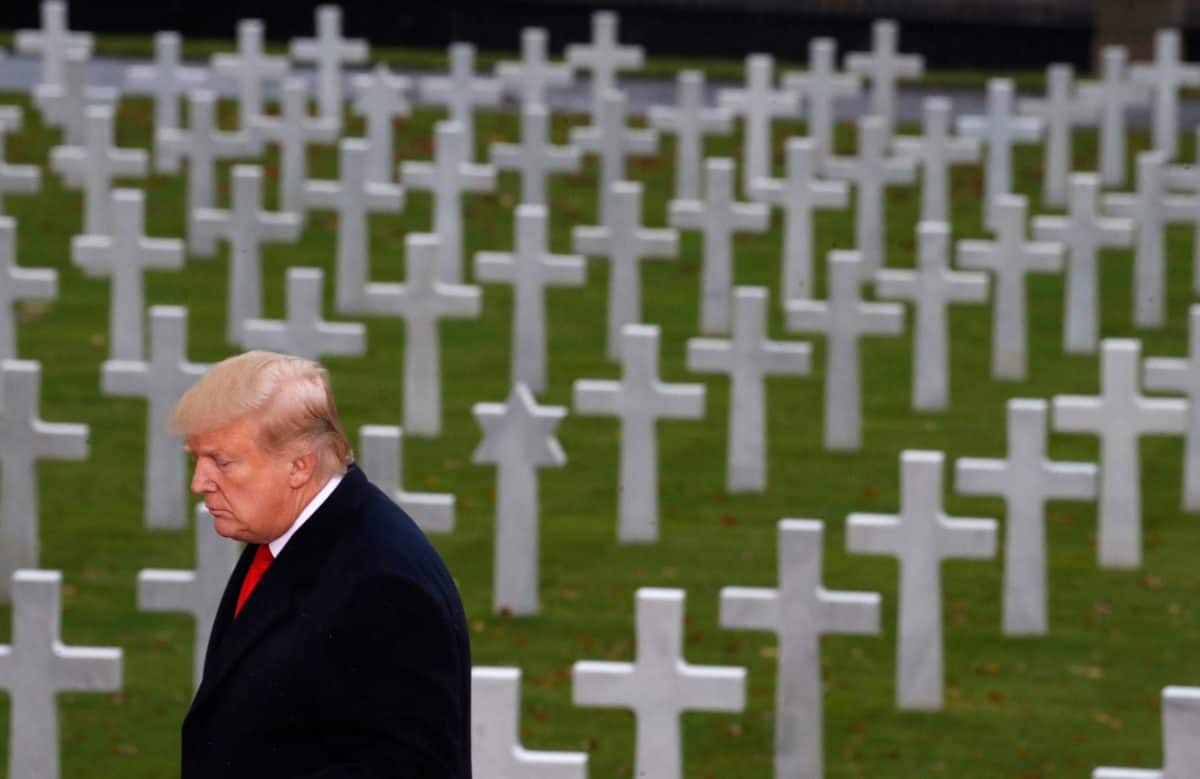 Donald Trump allegedly claimed that Adolf Hitler “did a lot of good things” on a visit to Europe to mark the 100th anniversary of the end of the First World War.

The remark was reportedly made by the former US president on the 2018 trip to his then chief of staff John Kelly, a retired US Marine Corps general, who is said to have been “stunned” by it.

The details of the astonishing conversation are reported in a new book by Michael Bender of the Wall Street Journal, entitled Frankly, We Did Win This Election.

According to the Guardian, Trump made the comments during an impromptu history lesson in which Kelly “reminded the president which countries were on which side during the conflict” and “connected the dots from the first world war to the second world war and all of Hitler’s atrocities”.

Trump reportedly insisted to Kelly: “Well, Hitler did a lot of good things.” Bender reports that Trump has denied ever making the remark.

But, citing unnamed sources, Bender says that Kelly “told the president that he was wrong, but Trump was undeterred”, and emphasised the German economic recovery under Hitler during the 1930s.

“Kelly pushed back again,” Bender writes, “and argued that the German people would have been better off poor than subjected to the Nazi genocide.”

Kelly reportedly added that, even if Trump’s claim about the economy was true, “you cannot ever say anything supportive of Adolf Hitler. You just can’t.”

Trump’s trip to Europe in 2018 was mired in controversy. A decision to cancel a visit to an American cemetery has drawn scrutiny, after Trump was later reported to have called American soldiers who died in the war “losers” and “suckers”.

The former president returned to the public eye with a rally last week, reprising his election grievances and baseless claims of fraud for his first campaign-style event since leaving the White House.

“This was the scam of the century and this was the crime of the century,” the former president told a crowd of thousands at Ohio’s Lorain County Fairgrounds, near Cleveland, where he began fulfilling his pledge to exact revenge on those who voted for his historic second impeachment.

Trump has been consumed with ongoing efforts to overturn the results in various states, and has even publicly entertained the idea that he could somehow be reinstated into office, even though no legal or constitutional basis for doing so exists.

“The 2020 presidential election was rigged,” he told the crowd, which at one point broke into a “Trump won!” chant. “We won that election in a landslide.”