We spoke to the former Labour MP who is standing for the North East Party in the May by-election. 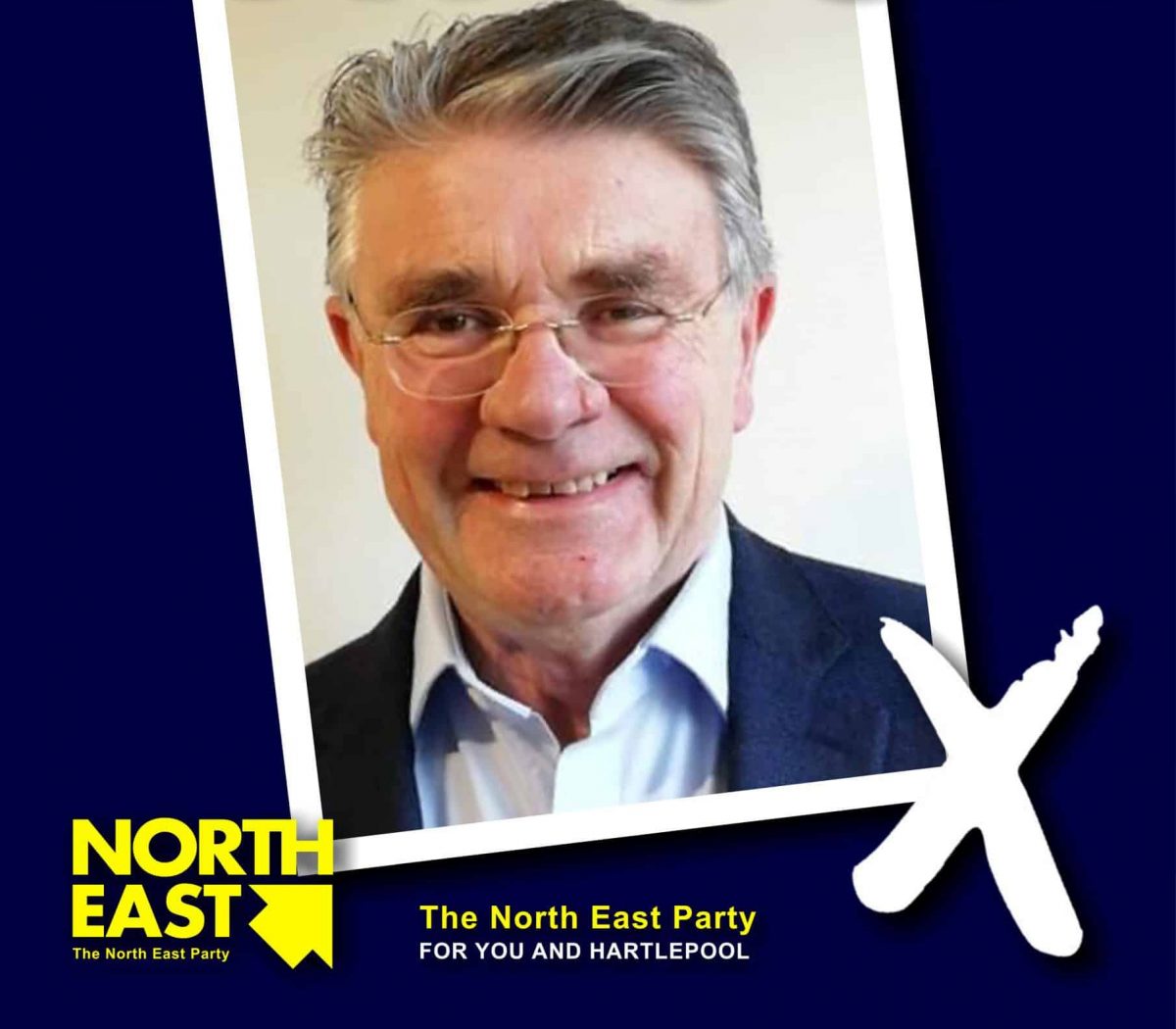 Hilton Dawson has accused London-based parties of badly letting down Hartlepool as he prepares to stand for the North East Party in next month’s by-election.

After serving as a Labour MP for Lancaster and Wyre for eight years and being in the party for more than three decades, the Northumberland-born politician felt it was time for a change.

He left to form the North East Party in 2014, citing his committed to devolution, democracy and federalism as the reasons for the switch – and a fair share of opportunities for UK people.

“Hartlepool has been very badly let down,” he said.

“Thirty-six per cent of children here grow up in poverty and this is an outrage in one of the richest countries in the world.

“It epitomises the neglect of the North East community by London based parties and successive governments.

“We think this is an incredibly important moment for Hartlepool and North East of England. It’s very important for us to fight.”

Devolution for the North East like in Scotland and Wales

Dawson believes in devolution and he said he knows the system works in Scotland and Wales.

He wants to see the same level of devolution in the North East of England.

He said: “We are trying to challenge Labour and the Tories at the ballot box in the North East of England as it’s absolutely clear that none of those parties will simply grant the sort of devolution that is necessary.”

The candidate also wants to see the replacement of the council tax with a “fair” property tax.

He said “The council tax was established to be unfair in 1991.

“Hartlepool is one of the areas which got one of the most unfair deals.”

He said Hartlepool residents pay a council tax rate of 1.3 per cent of their property value.

He added: “This is the highest rate of any town in England.

“We are asking for people to pay the same rate of property tax across the whole country, this is supposed to be a United Kingdom.

“The government needs to treat people fairly across the UK.

“That will give the people in Hartlepool the power to develop their own local economy and spend £40 million of their own money here.”

‘Brexit is a faff’

If elected, Dawson is planning to work with all sides of Parliament and campaigning organisation Fairer Share on a ‘fair property tax’ at 0.48 per cent.

He thinks this would reduce the average Hartlepool council tax from £1,450 to £500 per year.

When it comes to Brexit, Dawson thinks it’s a ‘faff’.

He said the UK needs to create and rebuild ‘excellent’ global trading links.

He said: “The one thing Brexit doesn’t do is separate the UK from the rest of the global economy

“The fact that people voted for Brexit doesn’t mean we are now separate from the world. We are part of the global community and we need to recognise that.”

Dawson thinks that whatever people’s views are on Brexit, we need more democracy, fairness and equality.

“We can’t cut ourselves off behind artificial barriers”

He thinks issues should be tackled on a global scale.

He said: “We can’t cut ourselves off behind artificial barriers.

“Brexit is just something we have to deal with at the moment. I think the political issues are about subsidiarity and democracy and making sure people will have a say in the future and work together for equality and freedom on a global basis.

“That is a radical message, but a proper message.”

His involvement in politics goes beyond local concerns: “We are a progressive party which wants to see a much better community and world, we are part of the Europe Free Alliance, we have been linked with regional parties and Germany.

“I am part of a movement to call in for a UN parliamentary assembly, which is trying to break down barriers between the nations and government. People need a say in institutions across the world.”

Related: Nick Delves: The Monster Raving Loony out to ‘abolish gravity’ in Hartlepool