An average of 3 minutes and 52 seconds is spent considering what to write in a group card. 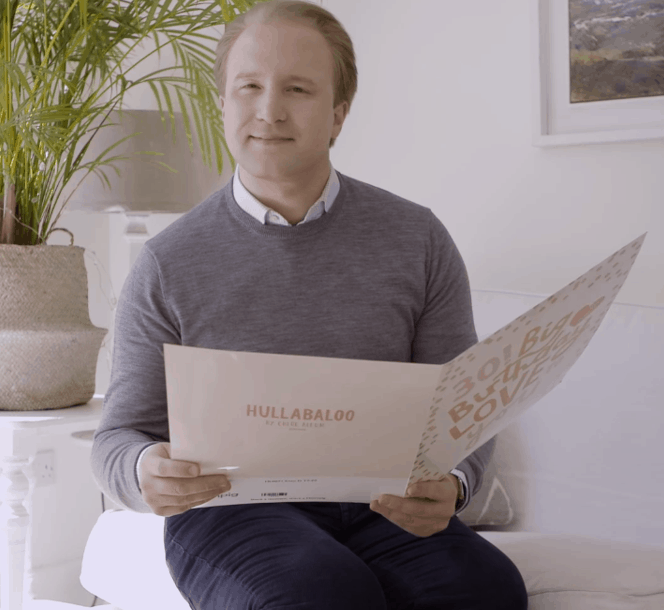 If you get sweaty palms at the thought of signing a group card, new guidance has been released to help those suffering from anxiety-led writers’ block.

A new national poll revealed that more than half of Brits (52%) feel anxious when it comes to signing a group greeting card.

Moonpig who recently launched a Group Card service – which allows 20 people to sign a single card online – has enlisted etiquette authority William Hanson to share tips of how to get over those nerves and stand out on the page for all the right reasons.

The research indicated that a third of Brits (32%) say they don‘t want to write anything cliched and 53% feel under pressure to write something funny.

Hanson’s tips should help the nation, where an average of 3 minutes and 52 seconds is spent considering what to write in a group card.

Sarah-Jane Porter, Head of Cards at  Moonpig said: “Whilst millions of us are eager to be back at work and sharing a slice of cake for an office birthday, we wanted to make sure that those who are still set to be apart for some time, don’t miss out on the little moments that can make our day.  This is why we’ve launched this new service to keep the celebrations going, and better yet… you  don’t even have to worry about who to give the card  to next!”

“We also know that some people might feel anxious when it comes to writing in a group card so we have teamed up with William who eloquently explains how to stand out and not worry about signing cards ever again. It’s harder than ever before to get everyone in one place, but now you can write your message anywhere, anytime.”

The survey commissioned by Moonpig, found  a whopping 56% are anxious when it’s their turn to sign a group card as they feel pressured to find someone else who hasn’t signed it yet. Reasons for group card signing anxiety include feeling embarrassed at what others think of their message and not wanting anyone to read their message.

Brits also confessed to having written the wrong message, getting the recipient’s name wrong and some also have revealed they wished ‘happy birthday’ to someone when it was a divorce sympathy card. On the receiving end, just over one in ten (11%) claim they would find it offensive if someone else signed a card for them with the wrong message.

William Hanson said: “There are many ways to ensure your message stands out on a group card. But there is a skill to good card signing etiquette which will leave a lasting impression of warmth and charm and appropriateness.”

Write from the heart – keep it real

Sometimes, it’s easier to just pick up a pen and write whatever comes naturally. This is the best way to ensure a delicate balance between being overly gushy and sterile. If a colleague is leaving and you’re going to miss them, tell them that. But never write anything that isn’t true.

What may be found funny or acceptable within your friendship circle may lead to some awkward explaining when Great Aunt Ethel is shown the card at the weekend. Whatever you write – or draw – please bear in mind that we need it to be suitable for all ages.

This one is critical – type or scribble your message first before tattooing it on the group card. Check spellings, legibility and tone before your go anywhere near the real thing.

Do not feel the pressure to contribute to the group greeting card like you’re writing a holiday fiction bestseller. It’s a card. There really is only so much you can do or say in it.

Good manners are about other people, which is vital when it comes to marking your territory on the card. Hopefully, the group card organiser will give you a steer on how many more people are left to sign so you can make sure your signature and message don’t ‘double park’.

Check what you are signing

Never sign the group card when you are distracted. You don’t want to write  ‘congratulations’ when someone’s been made redundant. If in doubt, ask the card organiser what the card’s purpose or background is and sign it when you have a moment to focus.

Is this actually funny to others?

Humour is so subjective and harder to get right in writing. Think twice, if not three times, about whether what’s in your head is funny to others. Ask around if you aren’t sure.

Treat others how you wish to be treated

A good rule is to think about how you wish to be treated when you sign, when it’s your milestone birthday or when you go on maternity leave. Project your own (reasonable) desires on others, and hopefully, it will work out in the end.

Pointing out typos is okay

By all means, have a scan over everyone else’s messages to get inspiration. However, if you spot a spelling mistake or faux pas, don’t tell the person who wrote it – tell the card’s organiser. They can decide whether it’s a significant enough error to start again or let it slide.

Of course, there is a chance that a group card comes around for someone you don’t know – maybe even who you actively avoid speaking to in the office due to office politics. If you get offered the chance to sign the card but would rather not, a polite ‘I’m fine, thank you’ is all that’s needed to the card’s organiser. They should ask no further questions.