He also wants to enrol the local darts team to help speed up the vaccination programme in the area. 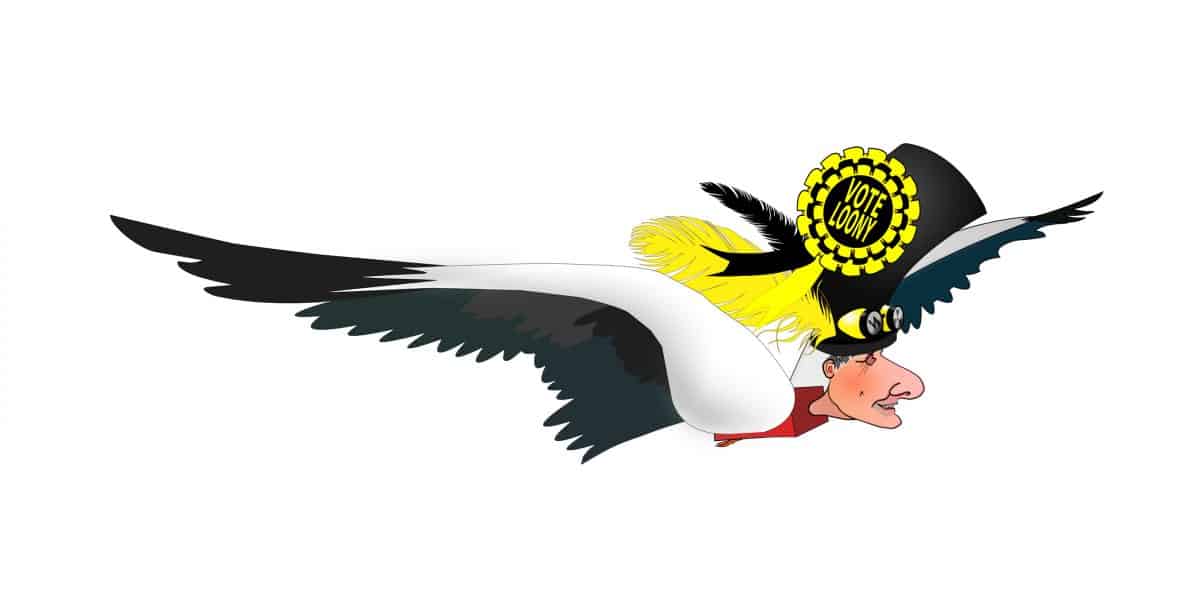 Nick ‘The Incredible Flying Brick’ is hoping that his policy of ‘abolishing gravity’ will help him stand out from the crowd in next month’s Hartlepool by-election.

The official Monster Raving Loony Party candidate, formally known as Nick Delves, is standing in the hotly-contested election which was called following the resignation of Labour MP, Mike Hill.

Delves, who has stood in six general elections, four by-elections and once for the Welsh Assembly, said: “When I first stood in 1997, I took up paragliding, and I was called Brick at school, so I became a Flying Brick.

“I have always been the shadow minister for the abolition of gravity, that is my main policy.

“I had an accident in 2002 and I have given up paragliding. Now, the abolition is a vendetta because I broke my pelvis.”

If elected, he also wants to ‘support the local pub’s darts team’.

He said: “The Hartlepool Victoria Arms darts team will be enrolled to help speed up the vaccination programme.”

The Official Monster Raving Loony Party has an A-Z manifesto to give a sample of “what you’d get by voting for sanity”.

They include policies such as:

Delves also ran in the 2019 general election in Islington North, but was comfortably defeated by a certain Jeremy Corbyn.

He has been to a lot of by-elections, participating in four in five since he became a member in 1994 – including in Tooting.

He said: “I tend to do the by elections that Howling Laud can’t do.

“And I tend to do North of England because that is where I am from.”

No Loony Party in European elections?

Delves remembers joining in 1994 and going to vote in the European Parliament elections.

He said: “I went into the polling booth and I was expecting to vote for the Loony Party and I was shocked to discover there wasn’t a candidate.

“Then I rang up the party headquarters and I said, ‘there wasn’t a candidate in Derbyshire’ and asked why, and if there would be one next time.

“They said ‘yes’, and I said ‘who’, and they said, ‘you’. I later discovered that was the recruitment strategy, I was nothing special.

“The great pleasure is you go to the polling booth and there is always a candidate you want to vote for – and that is you.”