DUP MP Jim Shannon said his mother-in-law had ‘died alone’ during the pandemic while Downing Street had parties. 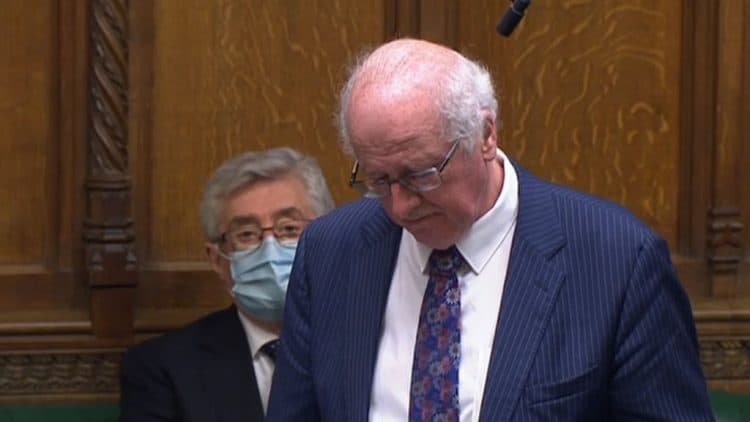 An MP appeared to break down in tears after recalling the death of his mother-in-law while questioning a Government minister over allegations of Covid rule-breaking in Downing Street during the pandemic.

DUP MP Jim Shannon was overcome with emotion when speaking about the death of his mother-in-law “who died alone”.

He had joined other MPs in questioning the paymaster general Michael Ellis during an urgent question in the Commons, after ITV news reported Martin Reynolds, the Prime Minister’s principal private secretary, invited employees to a “bring your own booze” party in the No 10 garden during England’s first lockdown in May 2020.

In an emotional contribution in the Commons, Mr Shannon said: “In Northern Ireland we reached the milestone of 3,000 deaths due to Covid just last week.”

The MP for Strangford added: “Including my mother-in-law, who died alone.”

Mr Shannon then paused to compose himself before trying to continue with his question, though visibly upset.

He asked for “full and complete disclosure”.

And he ended his remarks saying “sorry” to the Speaker.

“He’s asking me if the results of the investigation will be made public, and they will be.”

Related: Shouts of ‘where is he’ ring out as Johnson sends Ellis to face urgent question