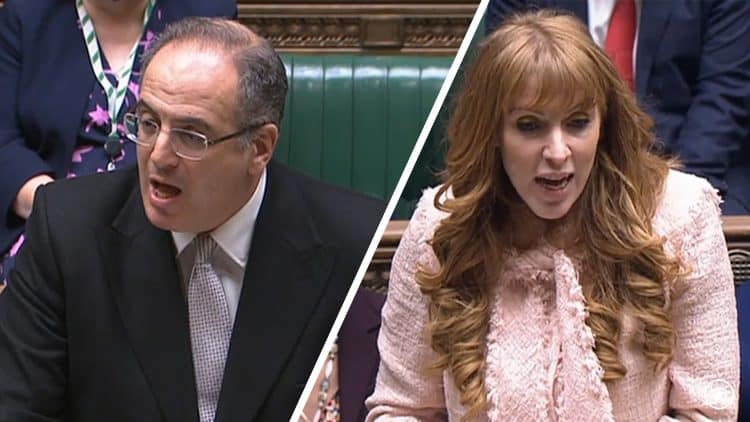 Cabinet Office minister Michael Ellis was greeted with jeers of “where is he” in parliament today as he faced the music in Boris Johnson’s place.

A Tory former minister said the PM must ensure “all the dirty linen” is “washed at once” in relation to allegations of Downing Street parties.

The prime minister also faced calls to resign, while his whereabouts were scrutinised after he opted against responding to Labour’s urgent Commons question on a gathering in the Downing Street garden on May 20th 2020.

Ellis was sent out to respond and was relentlessly heckled by opposition MPs, who outnumbered those on the Conservative benches and asked the vast majority of the questions during the session.

“Bring your own booze”

Mr Ellis confirmed the May 20 “bring your own booze” event, to which more than 100 employees were invited, according to a leaked email, was being investigated.

But he noted the publication of the findings of the Whitehall party inquiry, led by senior official Sue Gray, could be delayed due to the increasing number of allegations to be considered.

Conservative former minister Sir Christopher Chope asked: “Why can’t all the dirty linen be washed at once? Why are we getting this drip, drip feed of parties?

“Surely the civil service must have known that there was a party on May 20 and they should have referred it already to the inquiry.”

Mr Ellis said: “We have a number of dates that have come out at different times and that will, presumably, have an effect of delaying matters.”

Earlier, shouts of, “Where is he?” in relation to Mr Johnson could be heard, with Speaker Sir Lindsay Hoyle saying: “It’s quite obvious it’s not the Prime Minister so we don’t need to keep asking that question.”

And he said of Mr Ellis: “He’s got the tough job as it is, don’t make it harder for him.”

She said: “It is incredibly disappointing, but not unsurprising, that the Prime Minister of whom I asked this question is not here today despite not having any official engagements.

“The public have already drawn their own conclusions. He can run but he can’t hide.”

Ms Rayner added: “There’s no need for an investigation into the simple central question today: did the Prime Minister attend the event in the Downing Street garden on the 20 May 2020? It won’t wash to blame this on a few junior civil servants, the Prime Minister sets the tone.

SNP Westminster leader Ian Blackford said: “This is the most serious of matters because this is a Prime Minister who has been accused of breaking a law that he himself set.

“It could not be more serious.”

Mr Blackford added: “This is a Prime Minister that has lost his moral authority.

“He doesn’t deserve the respect and the trust of the people of these islands.

“If he won’t do the decent thing and recognise that he ought to resign, I say to the minister and I say to the Conservative backbenchers that they are going to have to do what the Prime Minister has failed to do and force him from office – and do it now.”

And Liberal Democrat leader Sir Ed Davey asked: “Will the minister set out what he thinks should happen if a Conservative MP is found to have flouted and broken a Covid law?”

Mr Ellis replied it was not for him to “pass judgment or to pass sentence” and a fair order of justice involves an investigation before there is a “judge, jury and executioner”.