Cameras caught at least three delegates in the hall snoozing during her speech on Tuesday and a couple more looked on the verge. 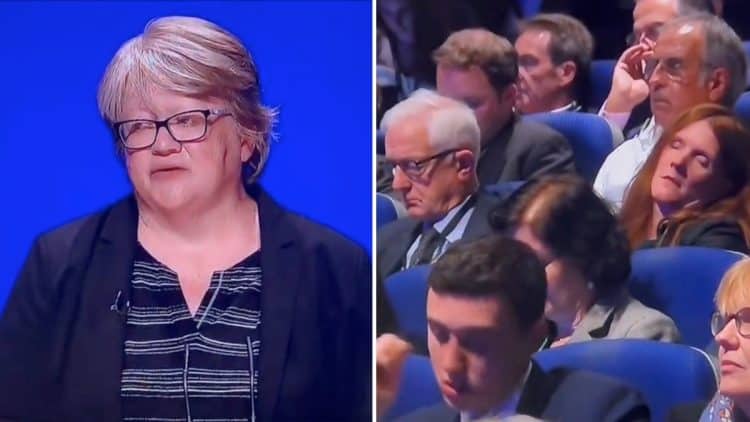 Thérèse Coffey was lampooned for promoting good sleep during her conference speech in Birmingham.

The health secretary took to stage to unveil plans she’s been brewing during her first weeks in post – a period in which she has had to fend off allegations of being a ‘part-time secretary of state’.

The deputy PM has taken an active role in the Lizz Truss administration, but has seemingly failed to inspire those within the party.

Cameras caught at least three delegates in the hall snoozing during her speech on Tuesday and a couple more looked on the verge.

Not even a pledge to create “oases of oral care rather than dental deserts” could stir weary Tories from their slumber.

Undeterred, Ms Coffey old the hall: “It is frankly bonkers that we have restrictions on the recognition of doctors, dentists and nurses within the UK itself.

“That is why I am laying regulations next week which will allow the General Dental Council to get on with accrediting dentists to work right across our United Kingdom, so we can have oases of oral care, rather than dental deserts.”

She reiterated her ABCD plan for the NHS – addressing issues with ambulances, backlogs, care, doctors and dentists.

The minister claimed the “Conservative government will always be on your side, when you need care the most”, and signalled a drive to get people off sickness benefit and into work.