"You think there's no one better in your Cabinet than someone who is a proven liar and a hypocrite?" 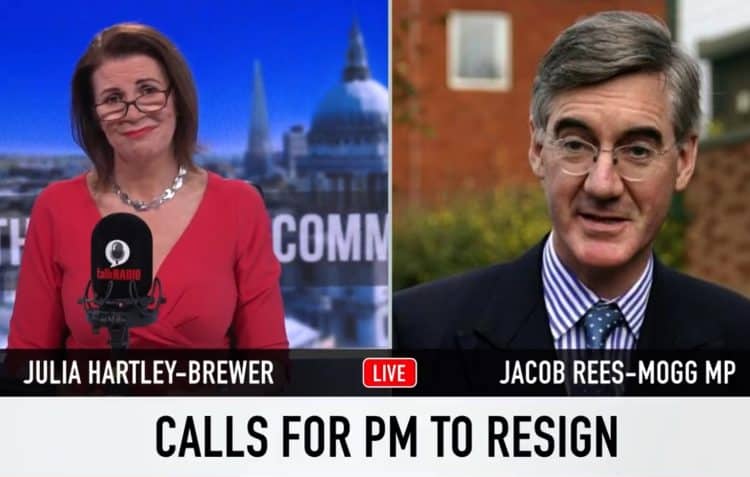 Julia Hartley-Brewer came to blows with Jacob Rees-Mogg this morning as the Tory MP defending Boris Johnson on TalkRADIO.

The minister for Brexit opportunities, who had previously described Partygate as “fluff”, claimed it would be “bad for the world” if his boss was to be ousted from office.

Johnson became the first sitting prime minister to receive a punishment for breaking the law yesterday after he was handed a Fixed Penalty Notice by the Metropolitan Police.

He has since apologised for breaking laws his own government set but said he will not be stepping down.

Pointing this out, Hartley-Brewer said: “He [Johnson] deliberately flouted laws that he had brought in for everyone else – that’s not a mistake.”

“That’s an extraordinary overstatement,” Rees-Mogg replied. “You are simply exaggerating the situation.”

Rees-Mogg also claimed Johnson has “a proved track record of getting the big decisions right, and you, because you’re cross, want somebody worse”.