It could have potentially quite serious implications in terms of Covid public inquiry. 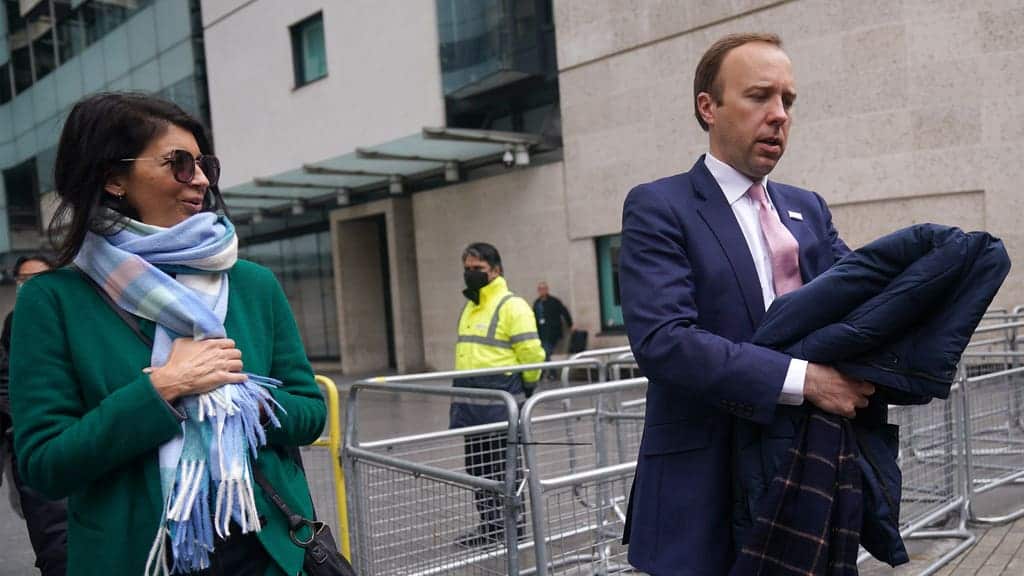 According to The Sunday Times, the former health secretary, who resigned from his role on Saturday, regularly used a private email account for government dealings, thereby concealing information from officials and potentially from the public.

It means Government does not hold records of much of Hancock’s decision-making, including negotiating multimillion-pound PPE contracts, setting up £37 billion Test and Trace and the care homes strategy.

The Times said it had obtained documents proving Mr Hancock had routinely been using his personal email since March 2020, when the coronavirus pandemic began.

The disclosure was reportedly revealed in minutes from a meeting between senior officials at the Department of Health and Social Care (DHSC).

David Williams, the department’s second permanent secretary, warned that Mr Hancock “only” deals with his office “via Gmail account”.

Meanwhile, Labour has demanded the Department of Health’s most senior official release all documents relating to the recruitment of Gina Coladangelo to a £15,000-a-year position supposedly holding the former Health Secretary to account.

Married aide Mrs Coladangelo was pictured in an embrace with Matt Hancock in footage released by the Sun newspaper on Friday, forcing Mr Hancock to resign on Saturday evening.

But the saga has reignited concerns about the appointment of Mrs Coladangelo, a friend of Mr Hancock from Oxford University, in the first place.

Mrs Coladangelo, who is married to Oliver Tress – founder of British retailer Oliver Bonas, was initially taken on as an unpaid adviser in the DHSC on a six-month contract last year, before being appointed as a non-executive director at the department.

The role offers pay of £15,000 a year for 15-20 days of work and is described on the Government website as, in part, “to act in an independent manner bringing expertise, scrutiny and challenge”.

It is unclear whether Mrs Coladangelo has taken any pay, but a recent advert was posted for four positions before she was appointed in September 2020 which said Mr Hancock would determine their tenure, up to a period of three years.

Alex Runswick, senior advocacy manager at anti-corruption campaign group Transparency International UK, said: “The process for installing non-executive directors in Whitehall should be regulated to ensure any conflicts of interest are properly managed and to provide public confidence in the probity of these appointments.”