New research upends the traditional narrative that Brexit supporters were all working-class, 'left behind' voters. 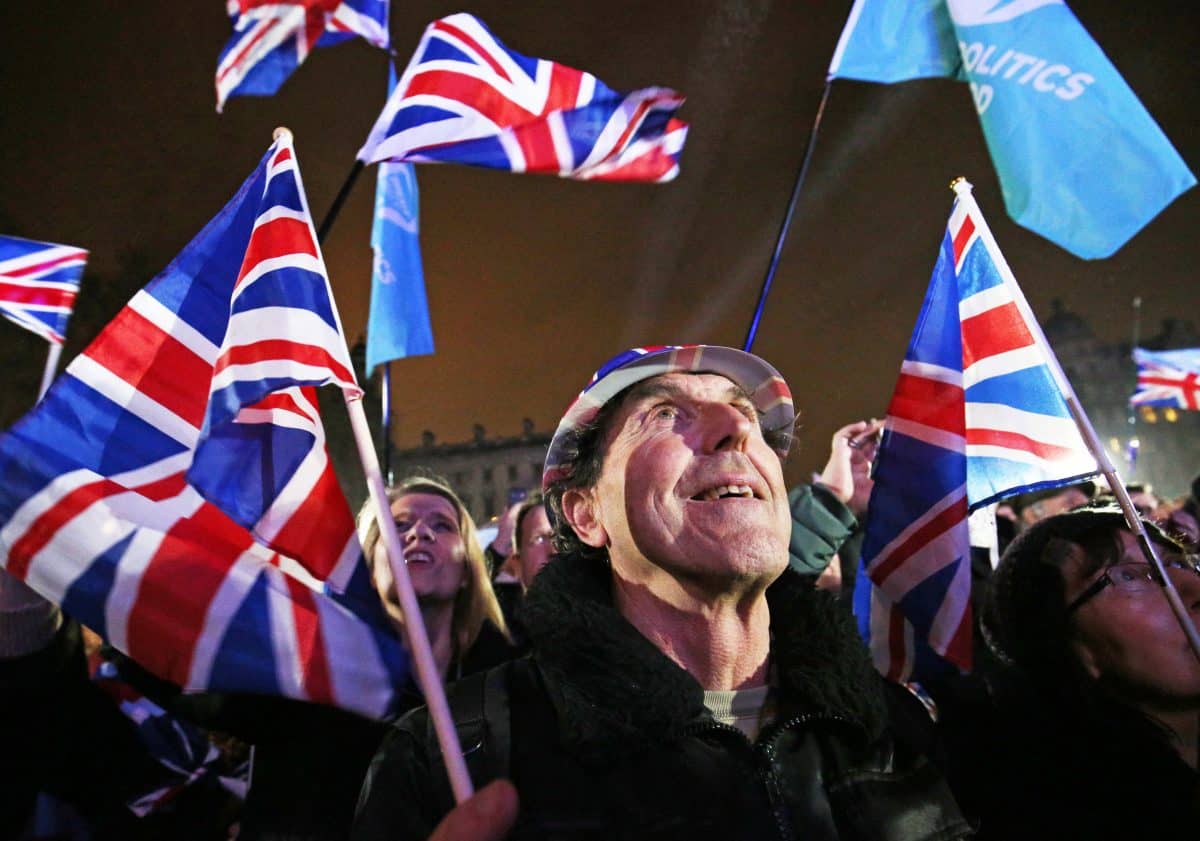 The idea that the typical Brexit supporter was a working-class, “left behind” voter from a ‘red wall’ constituency or run-down seaside town has been rubbished by new research revealing that half of Leavers were comfortably well off.

Analysis suggests that the majority of Brexiteers did not expect leaving the EU to usher in “sunlit uplands” or a massive economic boost, instead seeing it as an opportunity to address a loss of industry, national pride and community services.

The research, by UK in a Changing Europe, drew on workshops carried out by social research institute NatCen Social Research last summer – and sheds fresh light on what drove the typical British Brexiteer.

“An image of the left-behind leave voter has taken hold: a poorly educated inhabitant of a faded seaside town or the grim, post-industrial north. But we forget too easily that no place (or group of people) is wholly homogenous.

“Many people voted for Brexit even in the most pro-remain places; more than a million people in Scotland and 1.5 million in London voted leave,” the report, Comfortable Leavers, says.

While the research did find that many Leave voters faced significant economic hardship, close to half were fairly well off.

A quarter of the pro-Brexit vote could be categorised as economically deprived and anti-immigration, with monthly household income of less than £2,200 a month. A third of Leavers were older working class, with an average age of 71.

But almost half were “affluent eurosceptics”, who started the domestic priorities of the poorer cohort: they sought further investment in police, the NHS and care workers and “proper, secure work for high-quality domestic production, as well as apprenticeship in real jobs”, the briefing paper says.

All groups interviewed expected some initial economic turbulence, but better-off Leavers believed their own positions “sheltered them from the bumpy roads ahead”.

“Many of the comfortable leavers liked where they lived, they spoke about access to green spaces, shopping malls and local amenities but were aware of areas close by where they saw problems of crime and anti-social behaviour, a lack of opportunities for young people and loss of local manufacturing industry. They believed that Brexit would free up funding for some of this investment,” the researchers report.

Views on immigration, however, were more nuanced than the traditional narratives suggest – with focus groups “most scathing” about British people on benefits who refused to do the jobs migrants would do.

‘“The English are feral, and they were fed for years and years off, if you stubbed your toe you got disability living allowance for the rest of your life … The English need to be retrained that, to feed your family, if you have to go and scrub toilets … that’s what you do,” one female from the west Midlands said.

“Poverty was often linked to narratives of ‘scrounging’ and ‘laziness’, of poor role models and a ‘something-for-nothing’ culture,” says the report.

National pride was a common theme for comfortable leavers, with little support for devolution.

“The expectations and hopes for the post-Brexit world among comfortable leavers show a nostalgic optimism that leaving the EU (and the pandemic) might be a catalyst for change, but a change that could restore industries, services and a sense of pride from an earlier era,” the report concludes.