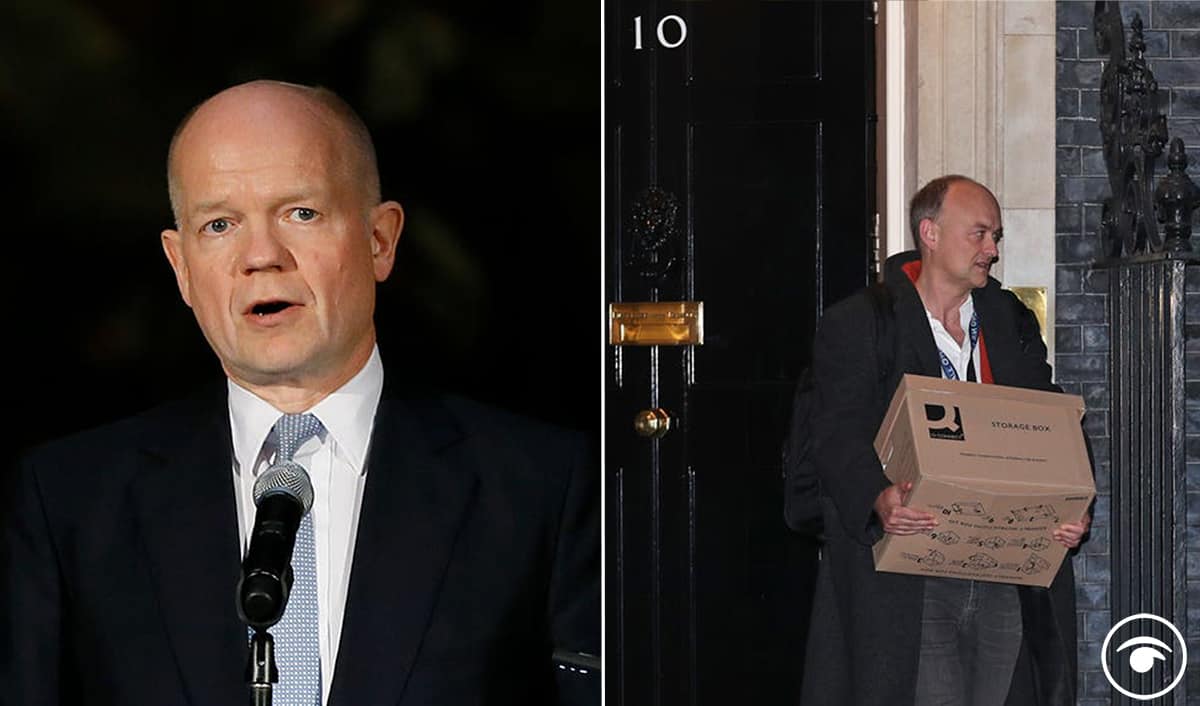 Conservative former leader William Hague has said “you can smell” the improvement in the Government since the departure of Dominic Cummings and Lee Cain.

The duo’s departure was widely seen as the culmination of a bitter internal power struggle in which the former Vote Leave campaigners had sought to strengthen their grip on No 10.

In an interview with Sky’s Sophy Ridge on Sunday, the Tory peer said there had been a “big improvement” since they left.

He said: “I don’t want to personally attack the people who left, they were brilliant people but maybe running governments wasn’t their greatest skill compared to running campaigns.

“Well, now some people have been brought in who are very good at running government.

“The Prime Minister has a new chief of staff, he’s made other recent appointments and you can tell over the last couple of months that government has worked better.

“You can just tell, you can smell it, that things have improved and the way things work in government, the public can smell it as well.”

However, Lord Hague urged Mr Johnson not to keep coronavirus lockdown restrictions in place beyond April when all those over 50 have had the opportunity to be vaccinated.

He said there “wouldn’t be much justification for keeping most of the restrictions on people” by then provided the number of cases is down to a “very low level”.

Lord Hague said he was hoping to hear in the road map, which Mr Johnson will announce on Monday, that the “great majority of restrictions on people can be lifted”.

He added: “Now, he is presumably going to say that will depend on the progress that’s being made and that’s fair enough.

“But I think if we are going to reach the point, perhaps in April, where everybody over the age of 50 has had the opportunity to be vaccinated and the number of cases of Covid is down to a very low level – the sort of level we last saw in the middle of the summer last year – if both of those things have happened by some time in April, then there wouldn’t be much justification for keeping most of the restrictions on people, I think with one big caveat.

“There has to be a deal, as it were, between the Government and the people of this country that we have to do the mass testing when we reach that point.

“We have to be ready for really rapid, ruthless, local lockdowns: we have to all join in making a test and trace system work, which it can do once the infections are at a lower level, so everybody has to be psychologically ready for that and if they are, then I think at that point the government can really release most of the restrictions.”

Lord Hague also urged Chancellor Rishi Sunak not to “disincentivise people to invest in the businesses of the future” ahead of next month’s Budget.

He said: “People talk about reforming Capital Gains Tax – well there may well be some very important and worthwhile reforms that can be made of it, but it’s really important not to tax people away from entrepreneurship, from risk taking, from investing in things that might fail in the future, as well as all the things that are going to succeed.”