From the newsletter: North Shropshire is a catastrophic defeat for a prime minister running on fumes. 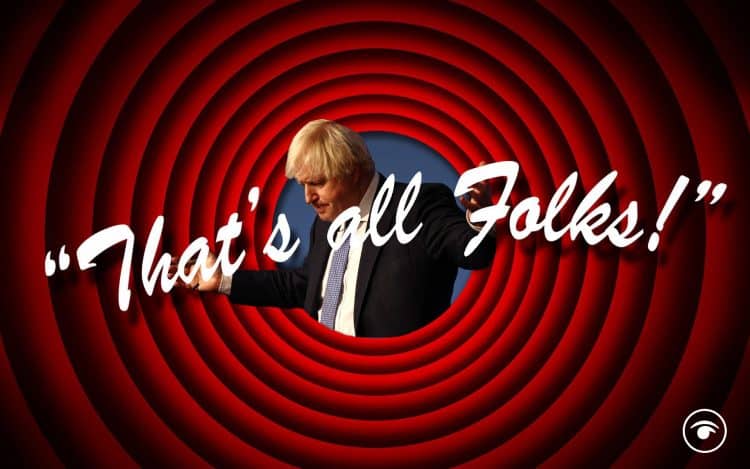 Good morning. The Liberal Democrats have won a remarkable victory in the North Shropshire by-election. Remarkable might be underplaying it. They flipped the safest of safe Conservative seats by a margin of nearly 6,000 votes, overturning a 22,949 majority for a 34 per cent swing. Largely rural and passionately pro-Brexit, North Shropshire has had a Tory MP for all but two of the past 189 years. Not anymore.

The first thing to say about this by-election is that almost everything about it – its genesis, its storylines, the result – was utterly self-inflicted. If it wasn’t for Boris Johnson’s ham-fisted handling of the Owen Paterson affair, there wouldn’t have been a by-election to lose. The two weeks of toxic publicity which set the tenor of this race – ceaseless headlines about sleaze, lockdown-breaking parties, revelations over the costly renovation of the prime minister’s flat – can all be pinned firmly on Johnson’s lapel. This is his defeat, far more than his candidate’s.

Is that it, then? Are Johnson’s days in Downing Street numbered? It is no exaggeration now to say that his is a premiership in crisis. The magnitude of the swing away from the Tories and the nature of the seat itself – affluent, filled with Leavers, true blue in every sense – will chill an already restless Conservative Party to its bones. And that is where the biggest threat to Johnson lies – not with voters, but the grey-suited backbenchers who would love nothing more than to march down Whitehall and remind the prime minister at whose pleasure he serves.

The Tories are notoriously ruthless in their treatment of leaders whom they no longer feel benefit them at the ballot box. That, perhaps, was Johnson’s one saving grace: the fact he was a proven winner. Shorn of that secret sauce, what are his disgruntled MPs left with? A leader whose blundering handling of Paterson sparked a media feeding frenzy on their second jobs and side-hustles and whose handling of the pandemic is increasingly at odds with what they, the amateur epidemiologists who sit behind the government, want.

For the country at large, the latter is particularly worrisome. After this week’s rebellion, further tightening Covid restrictions already looked like a tough ask. Now the prospect of imposing more punitive measures on a restive parliamentary party risks political self-immolation. Regardless which side of the lockdown divide you sit on, that the nation’s response to Omicron may now rest on what Steve Baker will or won’t accept is far from ideal.

North Shropshire’s new MP, Helen Morgan, declared in the early hours of this morning that “the people of North Shropshire have spoken on behalf of the British people. They have said loudly and clearly, ‘Boris Johnson, the party is over.’” She may well be right. Johnson’s critics used to lament that he was a teflon prime minister. Nothing stuck – no amount of scandal, no misstep or untruth or cock-up. Ernest Hemingway once wrote of bankruptcy that it happens two ways: “Gradually, then suddenly.” The same might be said of Boris Johnson. Nothing stuck, until everything did.