The TV presenter compared her to a school lunch monitor before taking a swipe at the PM. 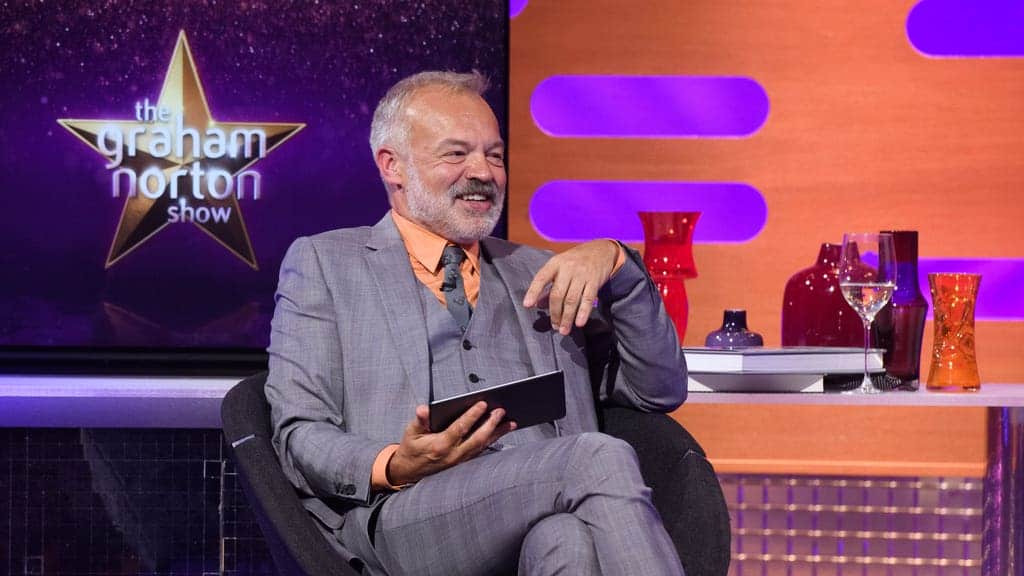 Graham Norton has said it is a wonder Priti Patel is “in charge of anything” in a Sunday Times interview today, saying her life “does seem to have been untroubled by success”.

The home secretary, fresh out of a bullying inquiry, has been forced to defend the way police have handed out fines for lockdown breaches this week, warning that officers “will not hesitate” to take action.

She said the increasing number of new Covid-19 cases proved there was a need for “strong enforcement” in cases where people were clearly breaking the rules.

It comes after Derbyshire Police handed out £200 fines to two women who drove separately to go for a walk at a remote beauty spot situated around five miles from their homes.

Speaking in today’s Sunday Times, Norton offered up his opinions on a number of political figures, including Conservative home secretary Patel.

“I mean, it’s extraordinary she’s in charge of anything,” Norton said. “Her life does seem to have been, you know, untroubled by success.”

He continued: “But she’s in that job and she seems to love it. There’s one in every school, right? Telling on people and monitoring the lunch queue: ‘There’s no saving places!’ That’s her.”

Asked to describe Boris Johnson in three words, Norton said: “Not. For. Me,” adding: “But he won an election and that’s democracy.”