Pay, low staffing levels and the way they have been treated during the Covid-19 pandemic were cited as factors. 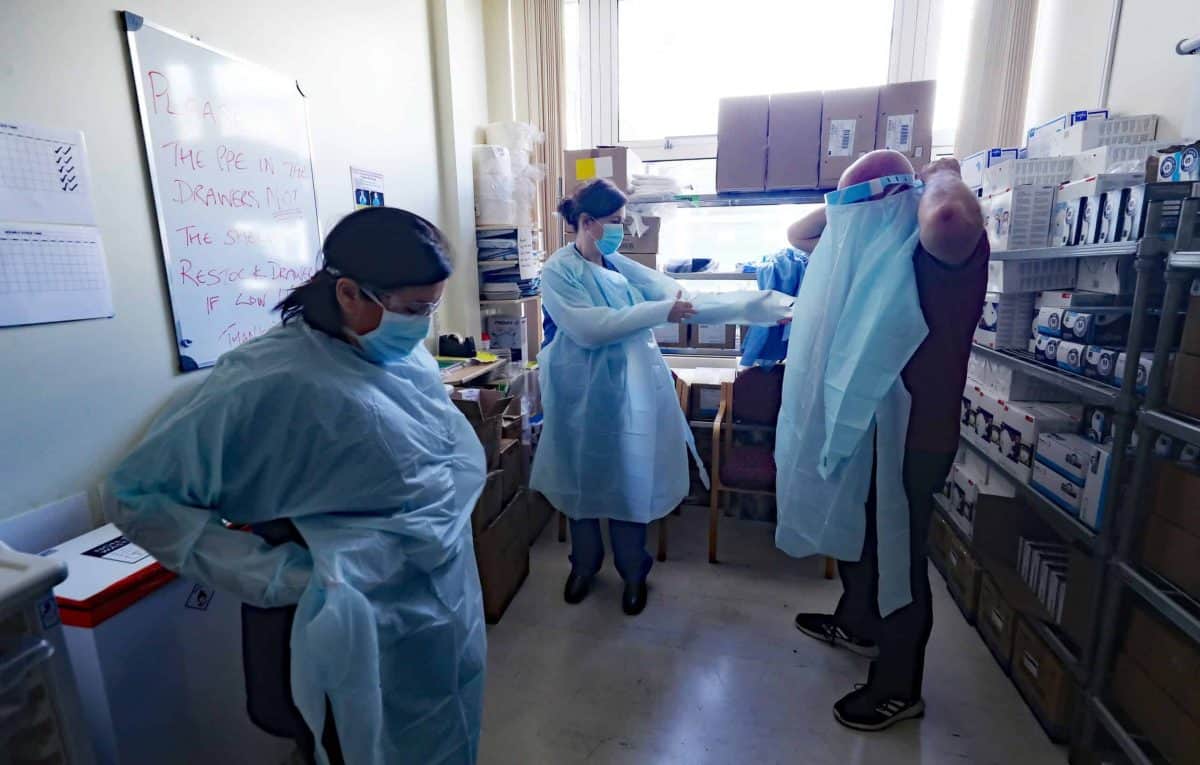 An increasing number of nursing staff are thinking of leaving the profession, with many citing pay as a reason, a poll suggests.

A survey of 41,798 UK nursing staff by the Royal College of Nursing (RCN) found 73 per cent said higher pay would make them feel more valued.

More than one in three (36 per cent) are thinking of leaving their job, up from 27 per cent in a similar poll at the end of last year.

Of those thinking of leaving, 61 per cent cited pay as a factor.

Other factors included the way nursing staff have been treated during the Covid-19 pandemic (44 per cent), low staffing levels (43 per cent), and lack of management support (42 per cent).

The RCN said the findings are alarming given there were around 40,000 nursing vacancies in England’s NHS before the pandemic even started.

RCN chief executive Dame Donna Kinnair said: “The responses from our members working in all sectors reveal how their professional lives have been changed by the pandemic.

“Existing tensions have been exacerbated by the pandemic. Earlier sticking plasters are no longer covering gaping holes.

“The Government must take steps to retain the nursing staff we have, as well as to increase entry into the profession.

“Investment in staffing and pay is about both patient safety and the health of our workers.

“That is how to strengthen all NHS and care services to help keep patients safe.”

Of all those surveyed, 93 per cent were registered nurses, health visitors or midwives, 1 per cent were nursing associates and 5 per cent nursing support workers.

Some 73 per cent worked in the NHS, while others worked in social care and independent sector providers (8 per cent), GP practices (7 per cent), as well as prisons, local authorities, education and the armed forces.

Unison head of health Sara Gorton said: “Nurses along with other health workers have dealt with huge challenges during the pandemic.

“Even with the drive and commitment they’ve shown, it’s understandable many feel undervalued and some may consider enough’s enough.

“That’s why it’s more important than ever the Government recognises their efforts and helps to hold on to experienced nurses.

“They can do that by giving all NHS staff the fair and early pay rise health unions and the public are calling for.”

“We want to attract and retain brilliant nursing staff”

A spokesperson for the Department of Health and Social Care said: “We are incredibly grateful for the dedication NHS nursing staff have shown during the pandemic. We want to attract and retain brilliant nursing staff, make the NHS the best possible place to work and have 50,000 more nurses by end of this Parliament, with already over 12,000 more nurses joining since last year.

“More than one million NHS workers continue to benefit from the three-year Agenda for Change pay deal, under which the starting pay for a newly qualified nurse has increased by over 12 per cent since 2017/18.

“The independent NHS Pay Review Body makes recommendations to Government on pay increases and we will consider their advice when we receive it.”