It comes amid growing concerns over Indyref2 ahead of Holyrood elections. 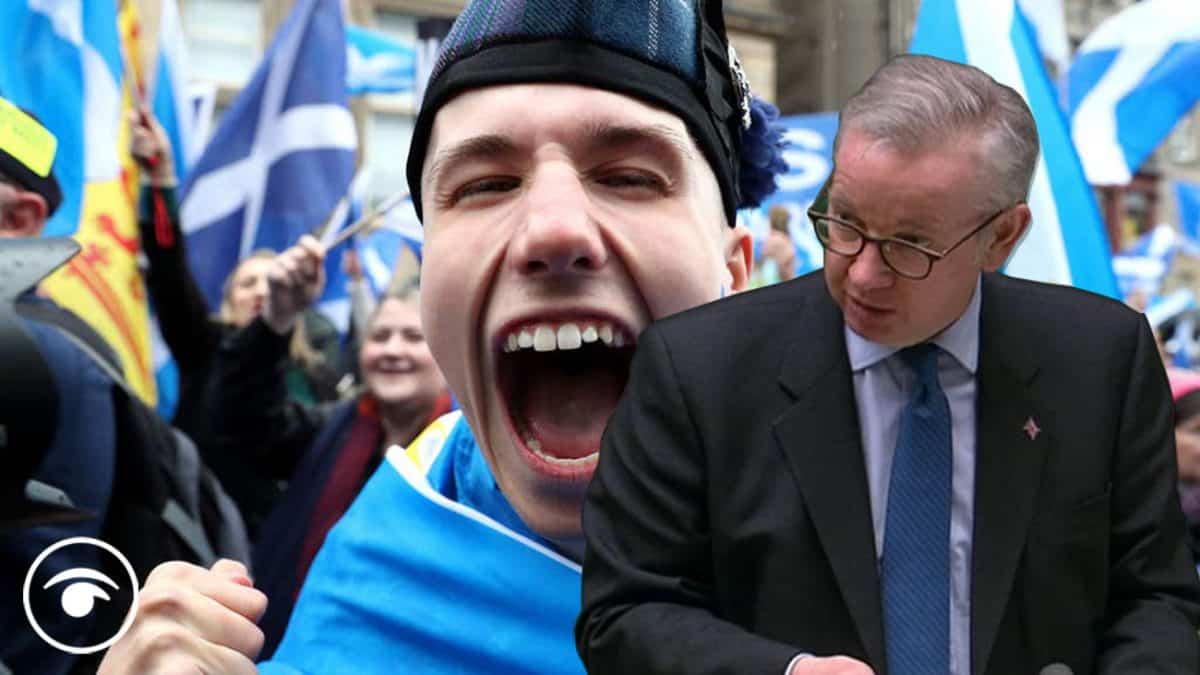 Michael Gove has warned Scots that independence would cost “far more” than Brexit in a sign that the government is becoming increasingly concerned over the prospect of a second referendum.

The Chancellor of the Duchy of Lancaster tweeted a report from the London School of Economics and City University of Hong Kong which suggested quitting the UK’s common market would hit the Scottish economy two to three times as hard as leaving the EU, just counting the impact on trade alone.

The LSE’s Centre for Economic Performance said the impacts on its trade with both the UK and the EU would shrink Scotland’s economy in the long run by between 6.3 per cent and 8.7 per cent.

But many people have expressed dismay that the exit – which was overwhelmingly rejected north of the border – is being used as a stick to beat them with.

Not sure “Scottish independence: even shitter than the Brexit we dragged you through” should be the main slogan

It also indicates that Number 10 is becoming increasingly worried about the impending Holyrood battle.

This week Boris Johnson changed up his team aimed at keeping the Union together, replacing a former Scottish MP with a veteran of the Vote Leave Brexit campaign.

The Scottish National Party claimed the move was a “Vote Leave takeover” which would drive up support for independence.

Mr Graham’s exit comes amid concern in government about support for the SNP and the prospect of a push for another referendum.

“We don’t comment on details of personnel matters but the Union is an incredibly important focus of the Prime Minister and the No 10 Union unit will continue to support him on that.”

Asked whether No 10 was now on a war footing ahead of a battle with Nicola Sturgeon’s SNP, the spokesman said: “As the Prime Minister has said himself, he thinks all parts of the Union are stronger together and he will be and continue to be the voice of the majority of the Scottish people who voted to keep the UK together.

“He will always stand against those trying to separate the UK which is why it remains an important focus.”

The departure of former Ochil and South Perthshire MP Mr Graham and the installation of Mr Lewis has fuelled claims that Mr Johnson does not understand the situation in Scotland.

But allies pointed out there were still Scottish people involved in work on the Union, not least Chancellor of the Duchy of Lancaster Michael Gove.