The Environment Secretary said there was ‘no problem’ with British sausages and chicken nuggets. 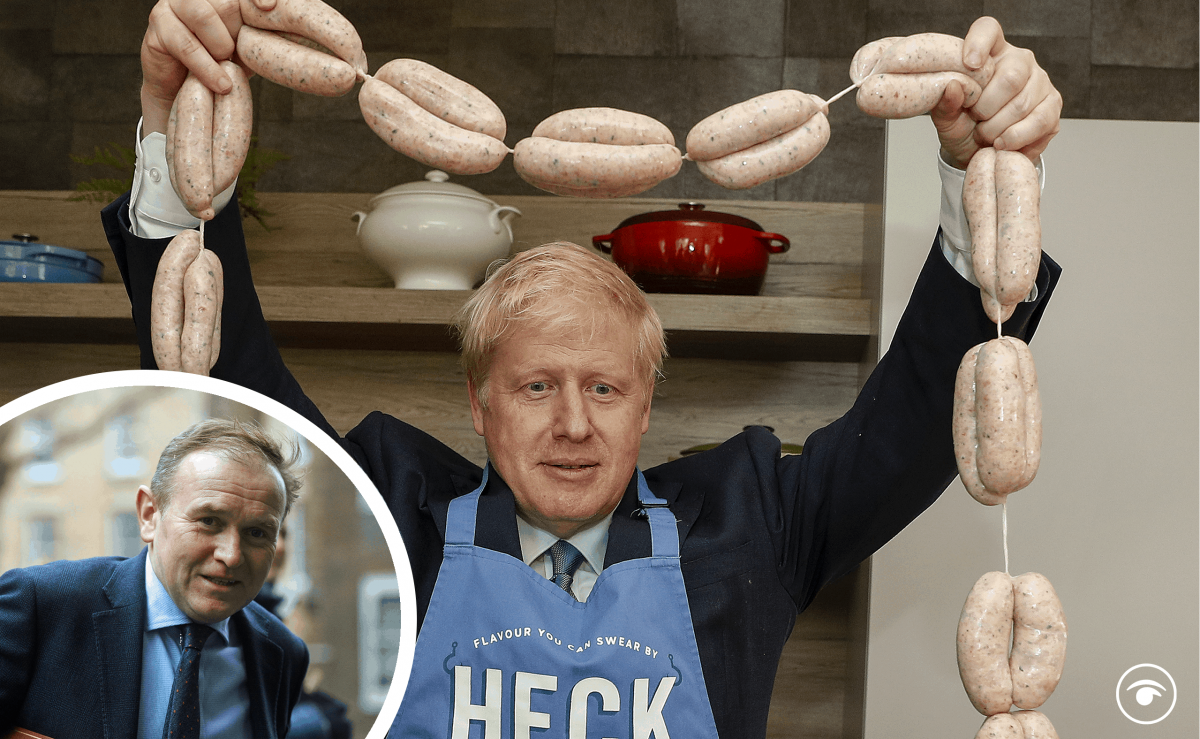 Environment Secretary George Eustice has branded as “bonkers” a situation in which British-made sausages could not be sold in Northern Ireland amid continuing rows over post-Brexit border arrangements.

Mr Eustice said the EU had been “slow to engage” with efforts to iron out difficulties ahead of the ending of a grace period in the agreement between the UK and the bloc which allows Northern Irish shops to continue selling chilled meats – including sausages and mince.

But Brussels warned it is ready to act “firmly and resolutely” to ensure the UK abides by its commitments in the Northern Ireland Protocol and does not unilaterally grant an extension at the end of June.

Mr Eustice said on Tuesday he had “no idea” why the EU imposed “idiosyncratic” rules on the movement of chilled meats.

“I suspect it links to some kind of perception that they can’t really trust any country other than an EU country to make sausages,” he told LBC.

“I think that’s a nonsense. I think we’ve got a very good sausage industry in this country, we’ve got the highest standards of food hygiene in the world.”

And he insisted “there’s no problem with our sausages or indeed our chicken nuggets”.

The row centres on EU fears that goods from Northern Ireland may enter the single market.

Former French European minister and MEP Nathalie Loiseau told the Today programme: “We are warning (that) you signed an agreement, you have to implement it. Otherwise, there are measures that we can take legally that will protect our single market.”

And in an article for the Daily Telegraph, the European Commission vice president Maros Sefcovic said they would “not be shy” in taking action to ensure that the UK abides by its international commitments.

Britain has already angered Brussels by unilaterally extending grace periods in the Protocol on supermarket goods and parcels.

Ahead of talks on Wednesday with the Brexit minister Lord Frost to discuss the implementation of the Protocol, Mr Sefcovic said the commission would not tolerate further failures of compliance by London.

“Unfortunately, we see numerous and fundamental gaps in the UK’s implementation – even though the Protocol entered into force over 17 months ago,” he said.

But Mr Eustice said: “There are lots of ways to give the European Union the assurance that they say they want for their single market, and what we should be doing is working together to identify ways forward.

“And that’s where the European Union have been quite slow to date to engage.”

The row comes amid reports that US president Joe Biden will use this week’s G7 summit to impress upon Boris Johnson the importance that he attaches to maintaining the Protocol.

Ahead of the gathering in Cornwall, Mr Johnson also discussed the issue in a telephone call on Monday with French president Emmanuel Macron.

Asked what he expected Mr Biden would think of the situation, Mr Eustice told the Today programme: “I suspect that any US administration would be amazed if you were to say, for instance, that a sausage from Texas couldn’t be sold to California, there would be an outright ban – they really wouldn’t understand how that could even be contemplated.”

Downing Street said that the Prime Minister stressed that “both the UK and the EU have a responsibility to find solutions to address the issues with the Protocol”.