The political figureheads could be seen having a heated debate after the cameras cut away. 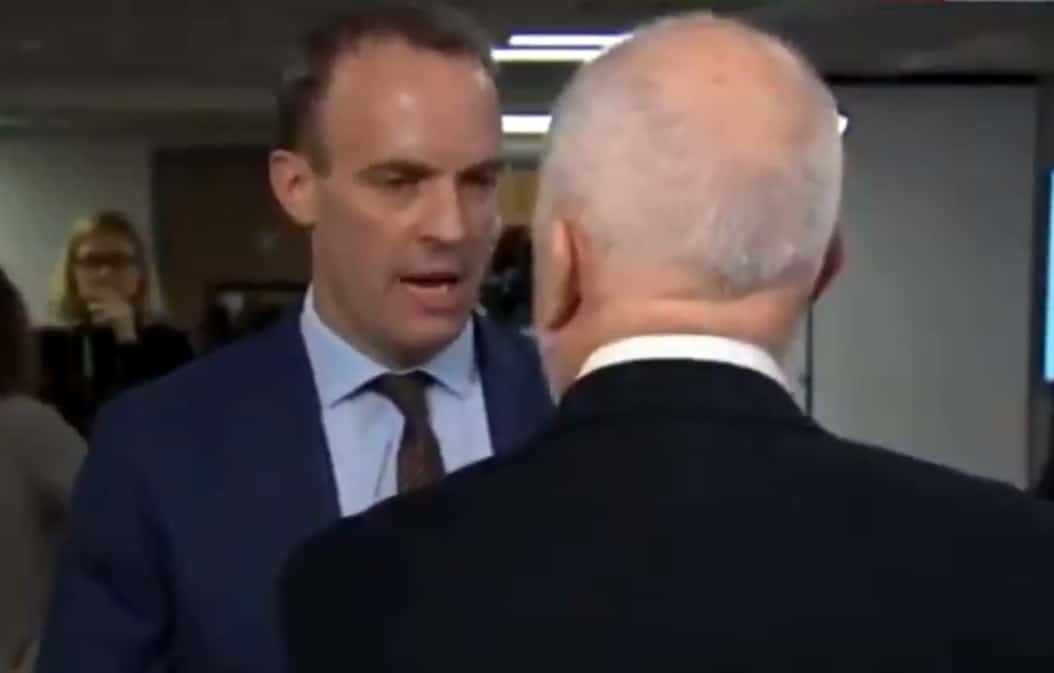 Dominic Raab and Andy McDonald broke out into a furious off-camera row in the media room of the BBC Question Time debate.

The argument spilled over from a heated interview on Sky News over Boris Johnson’s Brexit deal.

As the cameras prepared to cut away the two politicians continued bicker over Islamophobia in the Tory party and anti-Semitism in Labour .

Mr McDonald accused Mr Raab’s party of “kicking it into the long grass.”

“You should be doing it,” he said of the proposed independent inquiry on Islamophobia in the party.

He added: “Listen to Baroness Warsi” – the Tory peer who has repeatedly criticised her own party for failing to get to grips with Islamophobia.

But Mr Raab hit back, saying: “Two parties in this country’s history have been investigated by the Equalities and Human Rights Commission – Labour under Corbyn and the BNP”.

He added: “You should be following Baroness Warsi and you should have your commission.”

For completeness, here’s a slightly longer version of the exchange between Dominic Raab and Andy MacDonald last night – precipitated by Boris Johnson being challenged on his use of language eg women wearing the veil looking like postboxes pic.twitter.com/Wx2NgPqr2g