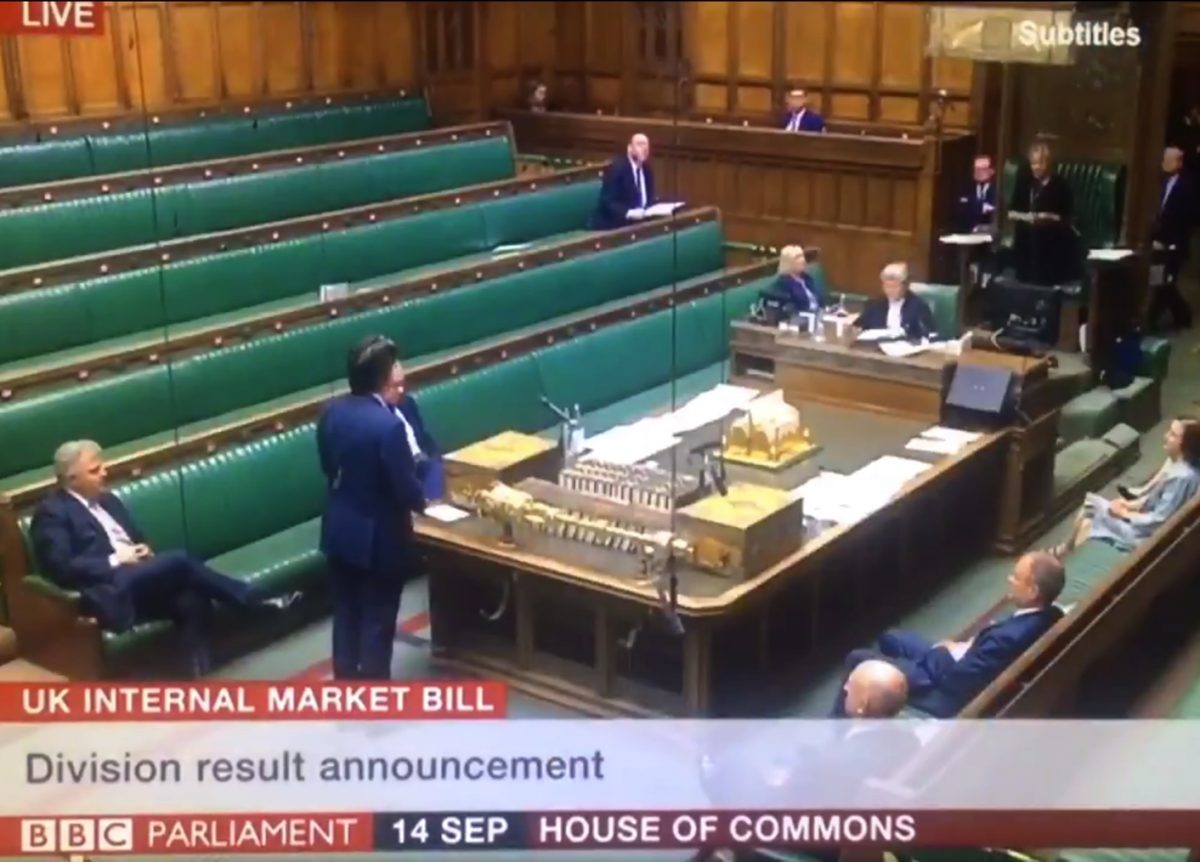 Boris Johnson’s controversial plan to override key elements of the Brexit deal he signed with Brussels has cleared its first Commons hurdle despite deep misgivings by some senior Tories.

MPs voted to give the UK Internal Market Bill a second reading by 340 to 263 – a Government majority of 77.

Two Tory MPs – Sir Roger Gale and Andrew Percy – voted against the Bill, while 30 did not cast a vote although some may have been “paired” with opposition MPs.

The Government tally was bolstered by the support of seven DUP MPs.

The moment cowardly kowtowing Conservative MP’s shamed our country, voting to pass a bill which breaks international law, shamelessly betraying the values & principles this country holds dear. We are governed by liars, charlatans & lawbreakers. Our country will never be the same pic.twitter.com/mX96PEjvBf

The Prime Minister said the legislation was necessary to prevent the EU taking an “extreme and unreasonable” interpretation of the provisions in the Withdrawal Agreement relating to Northern Ireland.

He said some in Brussels were now threatening to block UK agri-food exports to the EU and to insist on tariffs on all goods moving to Northern Ireland from the rest of the UK.

However, some senior Conservatives warned they could not support the legislation in its present form after ministers admitted last week that it breached international law.

MPs will begin detailed line-by-line scrutiny of the Bill on Tuesday, with votes expected next week on amendments to the Northern Ireland provisions which some Tories may back.

“There is much to play for yet”

Sir Roger acknowledged he was in a “tiny minority” of Conservatives in voting against the Bill but predicted others could rebel when the Commons comes to consider the amendments which have been tabled.

“I took a view that you fight this tooth and nail at every step. Others have quite clearly decided they want to hold their fire. There is much to play for yet,” he told BBC2’s Newsnight.

Find the full list of MPs who voted in favour of a second reading below: